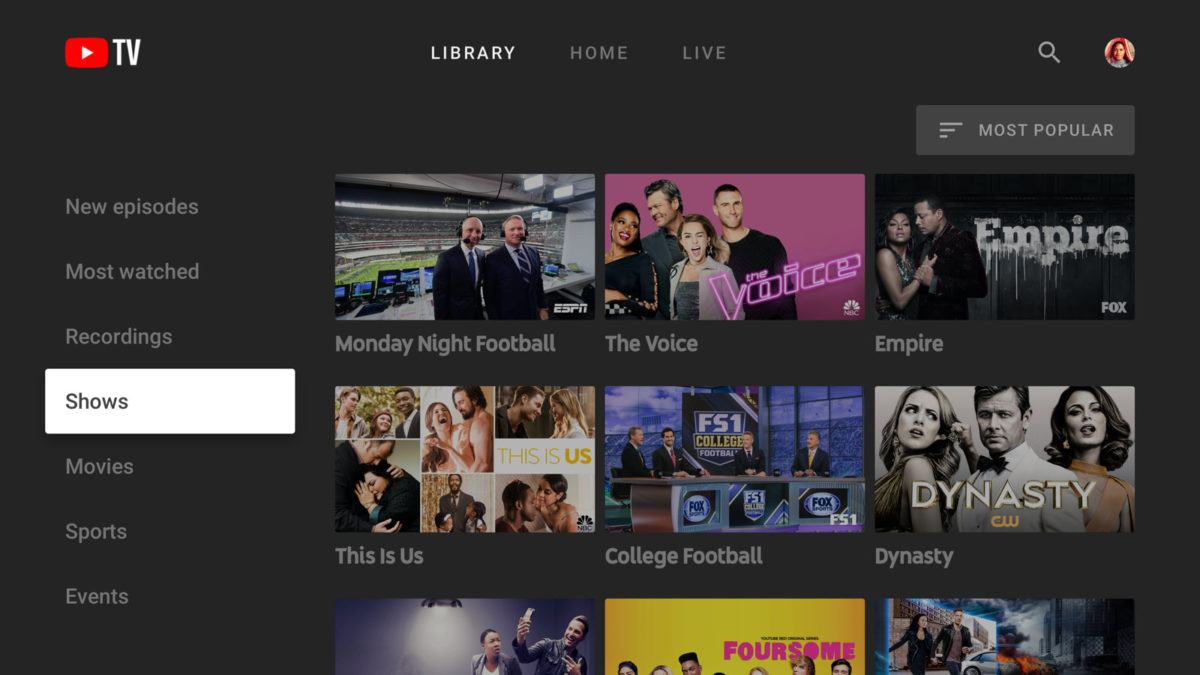 The special offer for the CBS-owned premium channel — first reported by 9to5Google.com — was emailed to “longtime” friends of YouTube TV, which launched in 2017 for $35 monthly fee. In April, Google upped the fee to $49.99. 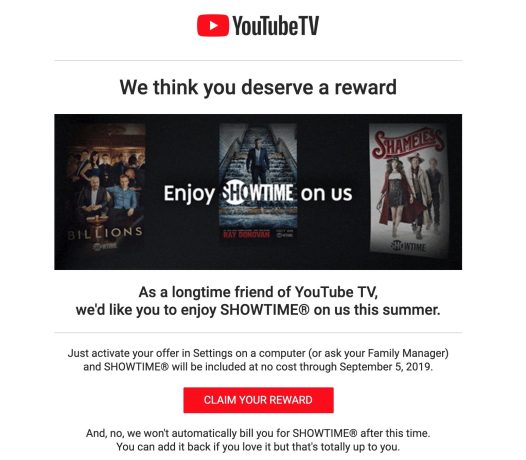 YouTube TV currently charges subscribers a $11 monthly surcharge for Showtime and other premium channels, including HBO.

The platform reassured subs it would not automatically begin billing them for Showtime once the promotional period ended.