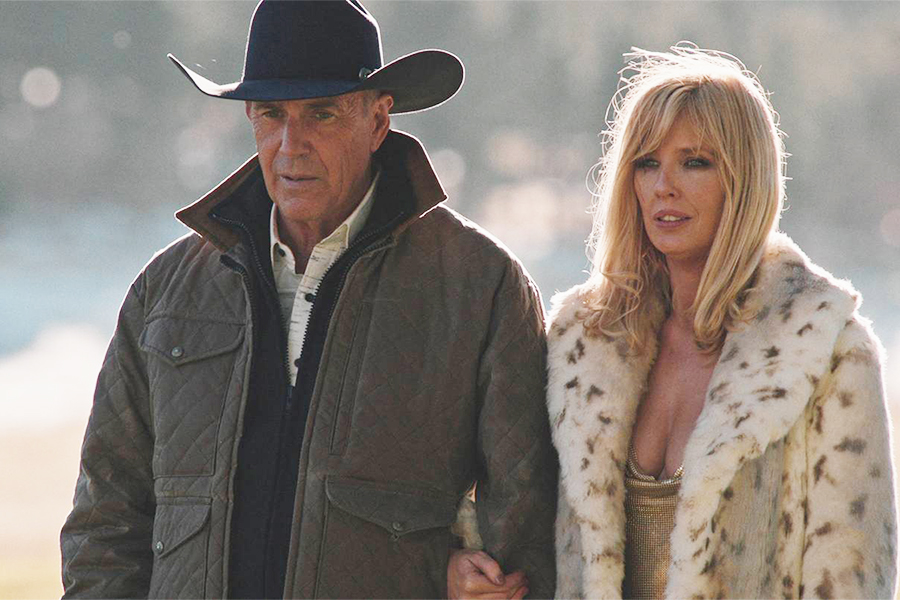 It’s the third consecutive week in the top spot for “Yellowstone,” a drama from Academy Award-nominated filmmaker Taylor Sheridan and starring Kevin Costner as the head of a multi-generational family that controls the largest contiguous ranch in the United States.

However, with just 21% of its total unit sales on Blu-ray Disc, the “Yellowstone” season was only No. 6 on the Blu-ray Disc chart.

The good news for Paramount was that the top-selling Blu-ray for the week was another of the studio’s titles: The Godfather Trilogy boxed set re-released on 4K for the first time to commemorate the 50th anniversary of director Francis Ford Coppola’s 1972 original. Sales of new 4K Ultra HD Blu-ray set comprised 78% of total trilogy sales for the week, with 10% from regular Blu-ray and 12% from the legacy DVD (the set was re-released on Blu-ray as well, but not DVD). The Godfather Trilogy was No. 3 on the overall disc sales chart.

Maintaining its No. 2 position on the overall sales chart for a third week was Warner’s The Matrix Resurrections, which dropped to No. 2 on the Blu-ray chart after two weeks in the top spot there. It sold about 87% as many copies as the “Yellowstone” fourth-season disc.

Disney’s animated Encanto dropped to No. 4 on the overall sales chart but remained No. 3 on the Blu-ray Disc sales chart. Encanto won the Oscar for Best Animated Feature at the March 27 Academy Awards ceremony, after the weekly cutoff for this reporting period.

The No. 5 overall disc seller, and No. 10 on the Blu-ray Disc chart, was another TV show to disc release from Paramount — Dexter: New Blood. The limited series serves as a capper to the 2006-13 series about a serial killer who murders bad guys while working for the police. Dexter: New Blood had 29% of its total unit sales come from Blu-ray Disc.

The only other new release in the overall top 20 was Disney-owned Searchlight Pictures’ Nightmare Alley, which landed at No. 8 overall and No. 4 on the Blu-ray Disc chart. From director Guillermo del Toro, Nightmare Alley is a psychological thriller about a down-on-his-luck grifter (Bradley Cooper), based on the 1946 novel of the same name by William Lindsay Gresham. It had 45% of its sales come from 4K Ultra HD, and an additional 28% from regular Blu-ray, for a total of 73% from Blu-ray formats.

The No. 5 Blu-ray Disc, and No. 6 overall seller, was Sony Pictures’ Ghostbusters: Afterlife.

The Media Play News rental chart for the week ended March 27 had the same top five as the previous week, with Matrix Resurrections in the top spot for a third time.

Sony Pictures’ Ghostbusters: Afterlife remained No. 2, followed by Universal and MGM’s House of Gucci at No. 3, Disney-owned 20th Century Studios’ The King’s Man at No. 4, and Lionsgate’s American Underdog remaining No. 5.