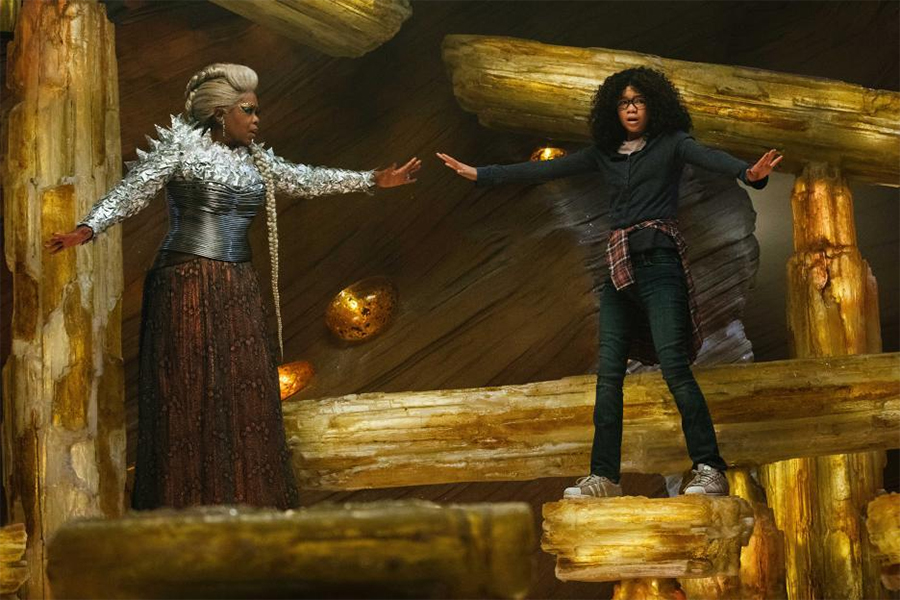 A Wrinkle in Time

After three weeks in the top spot, Marvel’s Black Panther was overtaken on the national home video sales charts by another Walt Disney Studios release, A Wrinkle in Time, the week ended June 9.

A family fantasy based on the popular novel of the same name, A Wrinkle in Time debuted at No. 1 on the NPD VideoScan First Alert chart, which tracks combined DVD and Blu-ray Disc unit sales, and the dedicated Blu-ray Disc sales chart, following an underwhelming domestic box office run that brought in $98 million.

Black Panther slipped to No. 2 on both charts, selling about two-thirds as many discs in its fourth week as Wrinkle sold in its first.

Debuting at No. 3 on both charts was director Eli Roth’s remake of Death Wish, with Bruce Willis starring as the man who seeks revenge on street crime after his family is brutalized during a robbery. The film earned $34 million at the domestic box office.

Landing at No. 4 on the overall chart, and No. 7 on the Blu-ray chart, was another newcomer, Lionsgate’s The Hurricane Heist, an action thriller about a group of thieves attempting a bank robbery during a category five hurricane. The film earned just over $6 million in U.S. theaters.

Rounding out the top five overall, in its ninth week on shelves, was 20th Century Fox’s The Greatest Showman, which was the No. 6 Blu-ray.

On the Blu-ray chart, No. 4 went to Disney’s new “Signature Collection” Blu-ray re-release of the 1953 animated classic Peter Pan, followed at No. 5 by Paramount’s Annihilation.

Anticipation for the theatrical release of its sequel drove Disney’s The Incredibles back into the top 20, aided by a newly released 4K UHD Blu-ray edition of the 2004 animated superhero film. It rose back to No. 12 overall and No. 11 on the Blu-ray chart, with 44% of its total sales attributed to the new UHD Blu-ray edition.

On the Media Play News rental chart for the week ended June 10, Death Wish took over the top spot, bumping Warner’s Game Night to No. 2.

Black Panther slipped to No. 3, with Fox’s Red Sparrow at No. 4 and Hurricane Heist debuting at No. 5.