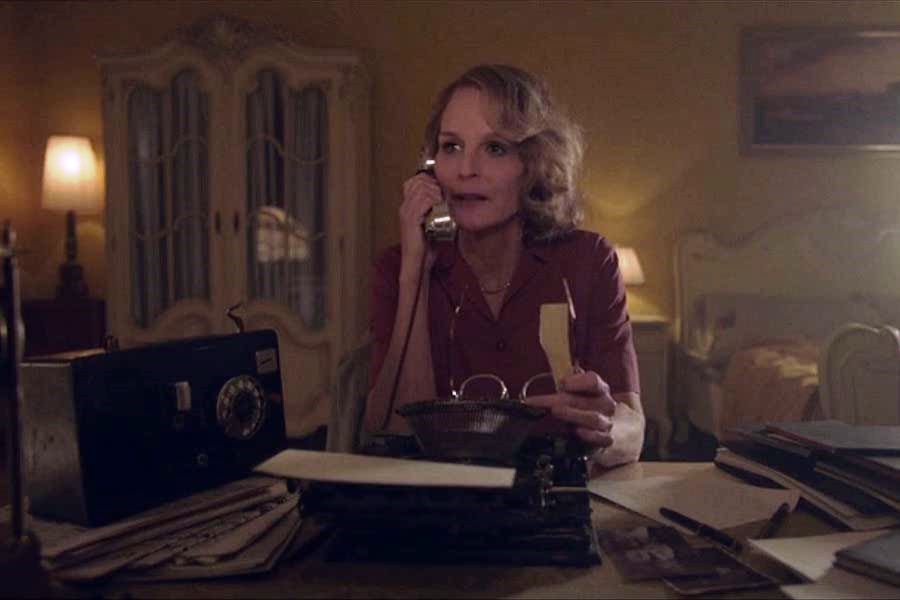 PBS Distribution has released eight new programs on disc and digital, including Helen Hunt and Sean Bean in World on Fire, a new addition to the “Frontline” series, as well as a Ken Burns presentation and two new “Nature” programs.

Masterpiece: World on Fire is available on Blu-ray, DVD and digital. The miniseries traverses the first year of WWII, from ordinary life in England to the beaches of Dunkirk, diving deep into the hearts and minds of those living their lives during this extraordinary time. In the summer of 1939, Harry, a translator at the British Embassy in Warsaw, is falling in love with Polish waitress Kasia. When German tanks roll into Poland and Britain declares war on Germany, Harry and Kasia face terrible choices. With her life in grave danger, can Harry help her — and if he can, how will he ever explain himself to Lois Bennett, the girl he left behind in Manchester? As the Nazi threat spreads across Europe, Kasia must choose between love and fighting for her country, Harry must find his place in the world, and Lois must seize new opportunities the war presents. The conflict overturns everything for Harry’s snobbish mother Robina; for Douglas, Lois’ pacifist father; and for her younger brother Tom, who joins the Navy and finds himself under fire in one of the first major battles of the war. In Berlin, outspoken American journalist Nancy risks her life trying to help her neighbors; while in Paris, Nancy’s nephew, medic Webster refuses to leave the city and the man he loves.

Ken Burns Presents: East Lake Meadows is available on DVD and digital. In 1970, the Atlanta Housing Authority opened East Lake Meadows, a public housing community on the edge of the city. Over the next 25 years, many thousands of low-income Atlantans, mostly African American, would call it home. Shoddy construction and a lack of funding left the project and surrounding landscape in disrepair and led to a rapid decline in the quality of life. As public housing in America became increasingly stigmatized, and a crack epidemic overwhelmed East Lake Meadows, the neighborhood became nearly uninhabitable, but residents nonetheless found ways to overcome violence and neglect, raise kids, find work, and create moments of joy. In the mid-1990s, Atlanta bulldozed East Lake Meadows to make way for new mixed-income housing, as government and philanthropic funds poured into the area in an effort to create a thriving community. Through the stories of the former residents, the documentary gives voice to some of the most marginalized people in our society and raises critical questions about how we have created concentrated poverty and limited housing opportunity for African Americans, and what responsibility we have as a people to ensure decent housing for our most vulnerable citizens.

Earth’s Sacred Wonders is available on DVD and digital. ­The earth’s architectural landscape, throughout history, has largely been sculpted and inspired by faith. Today, more worshippers than ever are flocking to these sacred structures and global landmarks. For some, these places are settings to quietly contemplate, but for others they are sites to find extraordinary acts of worship, dangerous challenges, and remarkable deeds of devotion, rarely seen by outsiders. Earth’s Sacred Wonders takes viewers on a journey, set against stunning backdrops, to discover the lengths that people will go for their faith. Filmed across five continents in 12 different languages, this program showcases how some of the most profound sites of worship are places of powerful spiritual significance and human drama.

Niall Ferguson’s Networld is available on DVD and digital. In this groundbreaking new series hosted by Niall Ferguson and based on his bestselling book The Square and the Tower, Ferguson visits network theorists, social scientists and data analysts to explore the history of social networks. From the Reformation and 17th century witch-hunting, through the American Revolution and to the nightmare visions of Orwell’s 1984, Ferguson explores the intersection of social media, technology and the spread of cultural movements. Reviewing classic experiments and cutting-edge research, Ferguson demonstrates how human behavior, disruptive technology and profit can energize ideas and communication, ultimately changing the world.

Blood Sugar Rising is available on DVD and digital. Diabetes is hidden epidemic that affects over 100 million people in the United States, costing close to $350 billion each year. It’s now predicted that one in three children born in this century will likely develop the disease. Blood Sugar Rising puts human faces to these statistics, presenting intimate stories of Americans living with Type 1 and Type 2 diabetes and personal voices from the battle against the disease.

Nature: Wild Florida is available on DVD and digital. Florida is well-known for its beaches, blue water and year-round sun, but it also has a surprising wild side. It is home to pine forests, coral reefs and the Everglades wetland, the largest subtropical wilderness in the United States. Here, manatees swim in crystal-clear rivers, baby alligators practice their hunting skills and miniature deer roam free. But every year, this state faces the full forces of nature: from wildfires to flooding to powerful hurricanes. Now, a growing human population, climate change and abandoned exotic pets, like the Burmese pythons that can eat alligators, are also threatening this wild paradise.

Nature: The Mighty Weasel is available on DVD and digital. Discover the truth about the infamous weasel family, often portrayed as villains and associated with unsavory behavior. We “badger” people, “ferret” out the enemy and “weasel” out of things. Do these critters deserve their bad reputation? To find out, follow the adventures of first-time weasel mom Bandita raising her kits in a unique garden, and meet tiny but mighty orphan weasel Twiz on her journey back to the wild. New, ground-breaking science uncovers the problem-solving abilities of the honey badger, the secrets behind the ferret’s legendary flexibility and the wolverine’s remarkable sense of smell.

Frontline: Amazon Empire — The Rise and Reign of Jeff Bezos is available on DVD and digital. Amazon’s Jeff Bezos built a business empire that is unprecedented in the history of American capitalism — delivering endless products, entertainment services and technology innovations to customers with just a click of a button. But what is the cost of Amazon’s convenience? “Frontline” examines Amazon and Jeff Bezos’ ascent to power — and his ability to shape everything from the future of work, to the future of commerce, to the future of technology. From award-winning filmmakers James Jacoby and Anya Bourg (The Facebook Dilemma), the documentary draws on interviews with current top executives and former insiders, as well as regulators and critics, raising tough questions about Bezos and the empire he built. Through these interviews, Jacoby and Bourg’s investigation presents an inside look at who Bezos is, and how he transformed a tiny company run out of a garage into a staple of American consumerism that critics contend is willing to dominate the market at all costs.