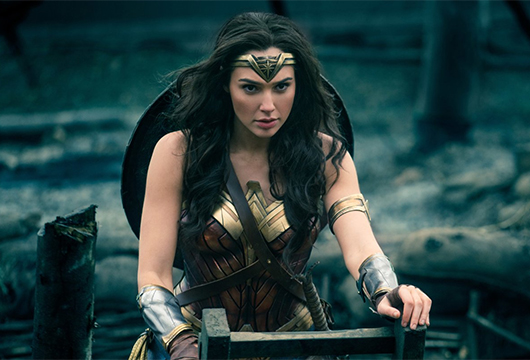 On the eve of the Consumer Electronics Show, on-demand video service FandangoNow surveyed more than 1,000 film fans with HDTVs to find out which movies available now for home viewing should be seen in 4K Ultra HD. The winner, according to the poll, was Wonder Woman, starring Gal Gadot.

According to the survey, 60% of respondents indicated they are more likely to watch a movie at home if it is available in 4K Ultra HD. FandangoNow has curated the fans’ picks of the top 40 films from its library of 4K UHD titles into one list, which can be found at Fandangonow.com/list/most-in-demand-4k-movies.

The service is offering a 20% discount on all movies in 4K UHD when fans enter the promo code “4K18.”

“Our 4K survey reveals that fans are most excited about reliving the HD thrills of Patty Jenkins’ epic film Wonder Woman at home in the highest resolution possible,” said Fandango managing editor Erik Davis. “I’m also excited to see two Christopher Nolan movies, Dunkirk and The Dark Knight, ranking so highly with the fans. FandangoNow offers one of the most comprehensive collections of new movies in 4K, and these titles are among the top-rented and purchased movies on our service.”

The “Top 10 Movies & Franchises That Must Be Seen in 4K UHD,” according to the survey, are:

In addition to its library of 4K titles, FandangoNow offers more than 50,000 new-release and catalog movies, and next-day TV shows. The service also provides Rotten Tomatoes’ Tomatometer scores for titles. FandangoNow is available on more than 200 million devices, including Smart TVs from Samsung, LG and VIZIO; over-the-top (OTT) streaming players including Roku and Chromecast; the Xbox One video game system; iOS and Android mobile phones and tablets; and online at FandangoNow.com.