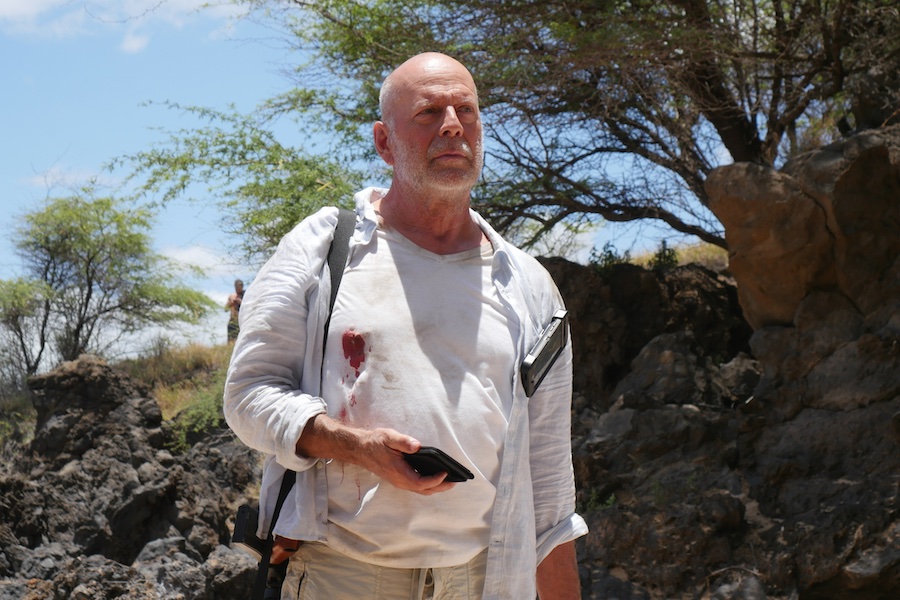 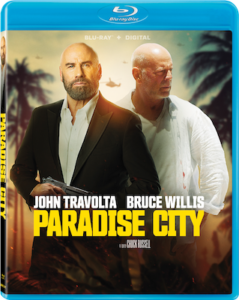 In the film, when bounty hunter Ian Swan (Willis) is shot and presumed dead after disappearing in Maui waters, Swan’s son Ryan (Blake Jenner), his ex-partner (Stephen Dorff) and a local detective (Praya Lundberg) set out to find his killers. After being threatened by a ruthless power-broker crime boss (Travolta), it appears Ryan and his team are out of options — until an excursion to the closely guarded island community of Paradise City unites them with an unforeseen ally.