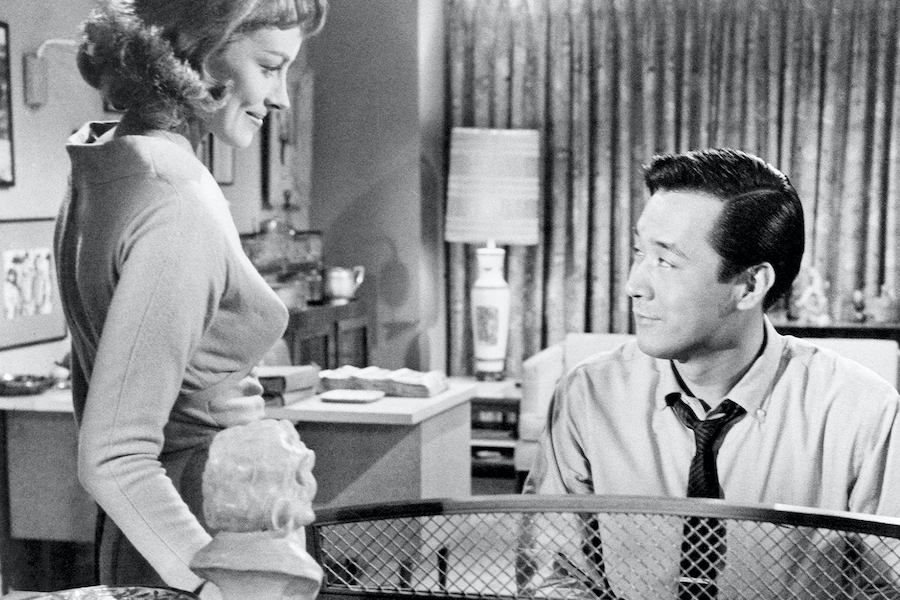 The Crimson Kimono is part of the "Samuel Fuller Collection."

Three collections of classic films — the William Castle Adventures Collection, the Samuel Fuller Collection and the Hammer Films 12-Movie Collection — are being released on DVD Sept. 27 from Mill Creek Entertainment and Distribution Solutions. 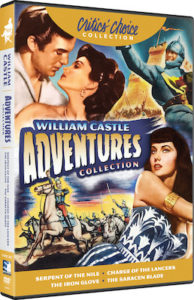 The William Castle Adventures Collection includes four 1950s titles from director William Castle: Serpent of the Nile (1953), about the romance of Antony and Cleopatra; Charge of the Lancers (1954), set during the Crimean war and starring Paulette Goddard; The Iron Glove (1954), a story about the English throne starring Robert Stack; and The Saracen Blade (1954), set in 15th century Italy and starring Ricardo Montalban. 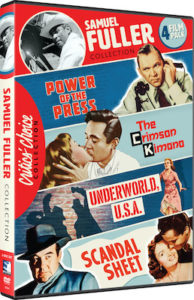 The Samuel Fuller Collection includes Power of the Press (1943), about the murder of a newspaper publisher during World War II (written by Fuller); Scandal Sheet (1952), about a murderous newspaper editor (based on a novel by Fuller); The Crimson Kimono (1959), about two detectives seeking a stripper’s killer in the Japanese quarter of Los Angeles (written and directed by Fuller); and Underworld U.S.A. (1961), about a teenager who vows revenge against the mobsters that murdered his father (written and directed by Fuller). 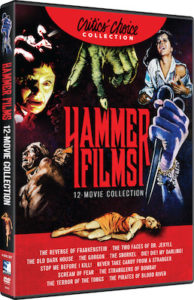