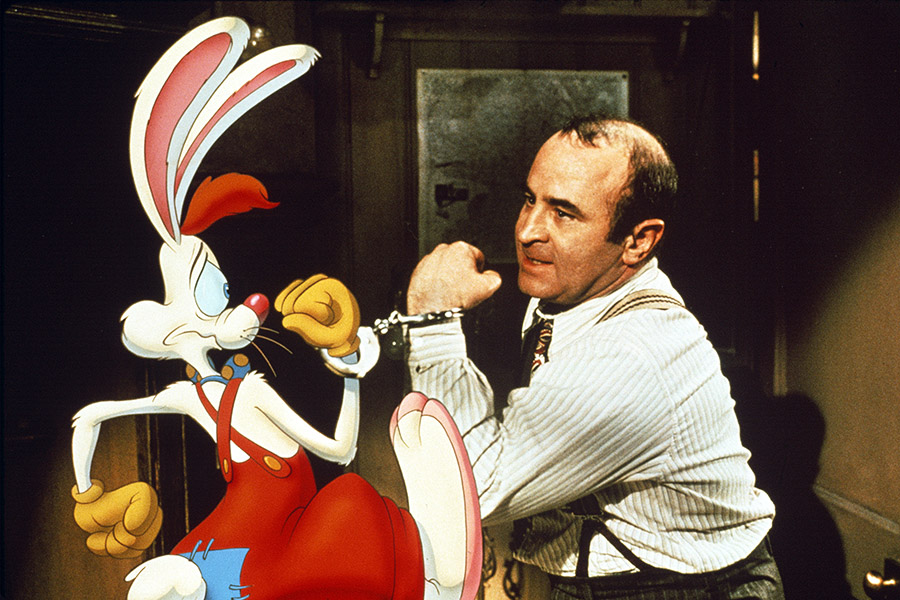 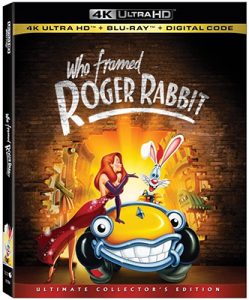 The 1988 film from director Robert Zemeckis combines live-action and hand-drawn animation to tell a murder mystery in a Golden Age of Hollywood where cartoon characters exist in the real world. Set in 1947, the film stars Bob Hoskins as private detective Eddie Valiant, who is hired to prove that mogul Marvin Acme is fooling around with femme fatale Jessica Rabbit, wife of cartoon superstar Roger Rabbit (Charles Fleischer). But when Acme is murdered, Roger becomes the prime suspect, and teams with Eddie to prove his innocence while being pursued by a the scheming Judge Doom (Christopher Lloyd).

The Roger Rabbit 4K disc will include HDR and Dolby Atmos audio. The set will include the movie on a 4K disc, a regular Blu-ray and a digital copy.

Extras include commentary with Zemeckis and other filmmakers; the “Roger Rabbit” short films Tummy Trouble, Roller Coaster Rabbit and Trail Mix-Up; the deleted “Pig Head” sequence; “Who Made Roger Rabbit,” a behind-the-scenes featurette; “Before and After,” with split-screen comparisons of the footage with and without animation effects; “Toon Stand-Ins,” featuring cast rehearsals; the documentary “Behind the Ears: The True Story of Roger Rabbit”; and “On Set! Benny the Cab,” the making of a scene from the movie.