Respondents reported a particularly negative experience with the ads on Hulu, citing it as more annoying than users of other platforms, according to a new study from Whip Media. HBO Max, on the other hand, drew the most positive marks.

Whip Media surveyed nearly 2,500 users of its TV Time app in the United States about their experiences with AVOD tiers of major streaming services.

“Hulu’s ad loads are known to be heavier than most in the industry and our results show that viewers have noticed,” according to the study. “HBO Max was the only service that users reported feeling the amount of commercials was less than expected. Their ad loads are very low at only 4 minutes per hour and HBO originals on the ad-supported tier do not carry any commercials.”

Also, Hulu users complained they saw the same commercials too frequently compared to the other services, according to the study.

HBO Max leads the pack in terms of viewer satisfaction with their ad-supported service, which only comes in a few points shy of its ad-free service. Discovery came in last, with 64% of respondents saying they were satisfied with its ad-supported tier.

Netflix plans to add an ad-supported tier, but current subscribers don’t look to be very interested in switching to a cheaper Netflix with commercials, once the option is available. 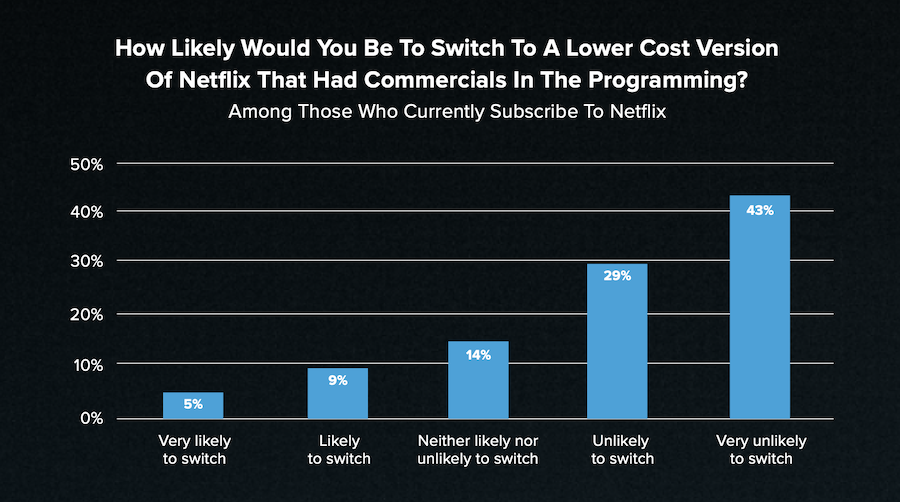