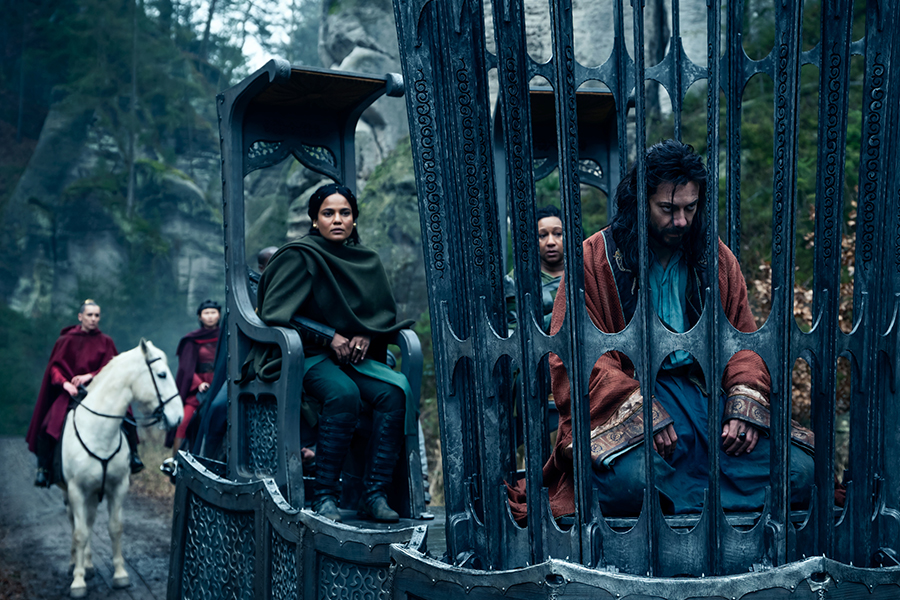 Amazon Prime Video’s “The Wheel of Time” remained No. 1 on Parrot Analytics’ digital originals U.S. chart the week ended Dec. 17, its third week in the top spot. Based on a series of fantasy novels, the show had 43.4 times the demand of an average series during the week after a 4.57% gain in demand expressions, the proprietary metric Parrot uses to gauge a show’s popularity. “The Wheel of Time” was No. 5 on the list of overall TV shows.

The Disney+ Marvel series “Hawkeye” rose to No. 2 on the digital originals list. It had a 0.5% rise in demand expressions to give it 39.9 times average demand. “Hawkeye” was No. 9 on the list of overall TV shows.

Netflix’s animated fantasy series “Arcane” climbed a spot to No. 3 on the digital originals charts. The “League of Legends” prequel had an 1.8% drop in demand expressions to give it 37.4 times the demand of an average show.

Netflix’s fantasy series “The Witcher” rose six spots to No. 4 on the digital originals chart, up 28.37% in demand expressions to give it 36.4 times average demand. The show’s second season bowed Dec. 17.

The Disney+ “Star Wars” series “The Mandalorian” remained No. 5 on the digital originals chart. It had a 0.6% drop in demand expressions to give it 35.8 times the demand of an average series.

Netflix’s “Karate Kid” sequel series “Cobra Kai” saw a 23.9% increase in demand expressions during the week as the Dec. 31 premiere of season four approaches. Marketing efforts included a new trailer. “Cobra Kai” climbed back into the top 10, up three spots to No. 8, with 33 times average demand.

Strangely, despite the social media buzz and mass-media attention surrounding its controversial first episode, the HBO Max “Sex and the City” relaunch “And Just Like That …” was nowhere to be found on Parrot’s demand charts. 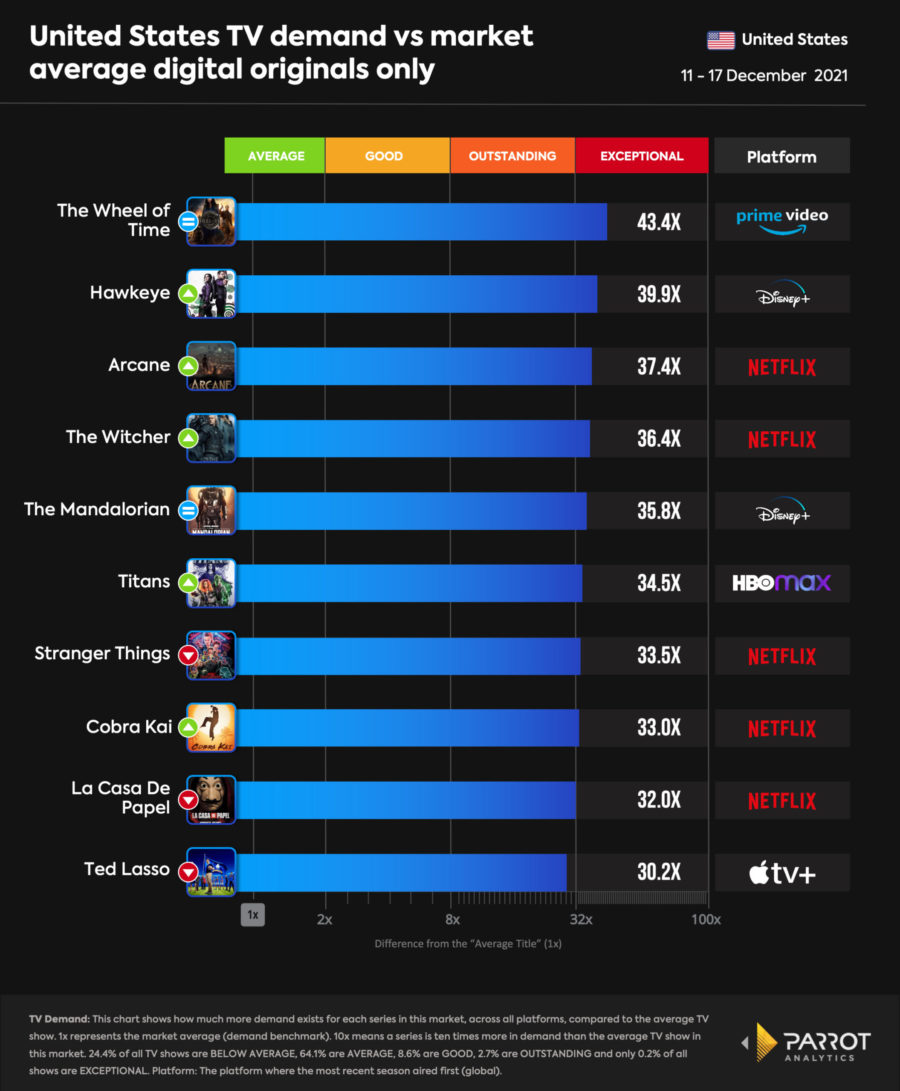