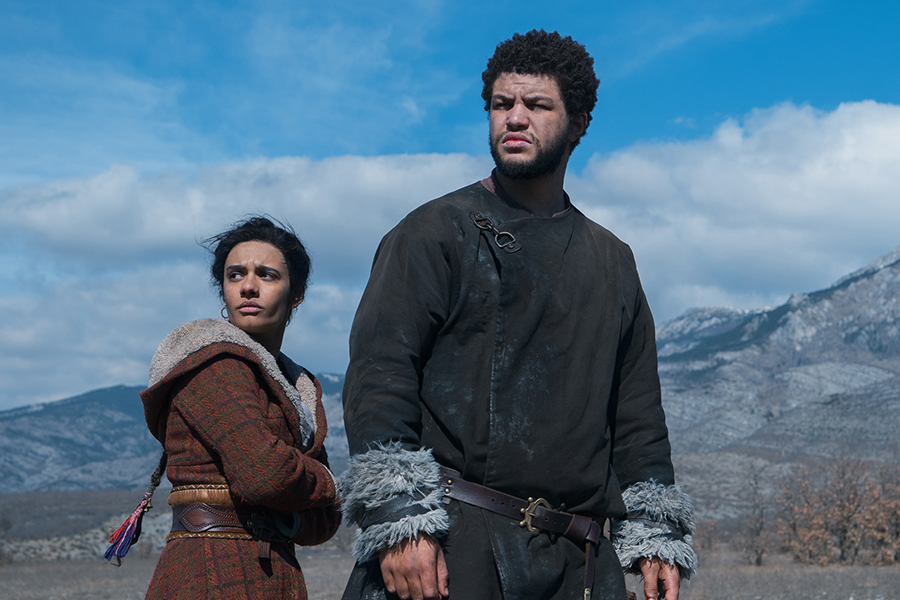 Amazon Prime Video’s “The Wheel of Time” climbed to No. 1 on Parrot Analytics’ digital originals U.S. chart the week ended Dec. 3. Based on a series of fantasy novels, the show had 43 times the demand of an average series during the week after a 4.8% drop in demand expressions, the proprietary metric Parrot uses to gauge a show’s popularity. “The Wheel of Time” was No. 6 on the list of overall TV shows.

Netflix’s animated fantasy series “Arcane” slipped to No. 2 on the digital originals charts after a couple weeks in the top spot. The “League of Legends” prequel had an 15.6% drop in demand expressions to give it 42.8 times the demand of an average show. “Arcane” was No. 7 on the list of overall TV shows.

The Disney+ Marvel series “Hawkeye” rose seven spots to No. 3. It had a 62.8% rise in demand expressions to give it 41.3 times average demand.

Netflix’s perennially popular “Stranger Things” slipped to No. 4 on the digital originals chart, taking 37.4 times average demand after a 0.8% drop in demand expressions.

The Disney+ “Star Wars” series “The Mandalorian” slid a spot to No. 5 on the digital originals chart. It had a 1.8% jump in demand expressions to give it 36.7 times the demand of an average series.

The No. 1 overall TV series in terms of online demand was “South Park,” with 84.9 times average demand. The Comedy Central series got a boost after the Nov. 25 release of “South Park: Post COVID” TV movie on Paramount+, though Parrot didn’t distinguish between which demand was for the cable series and which was for the digital original Paramount+ movies. 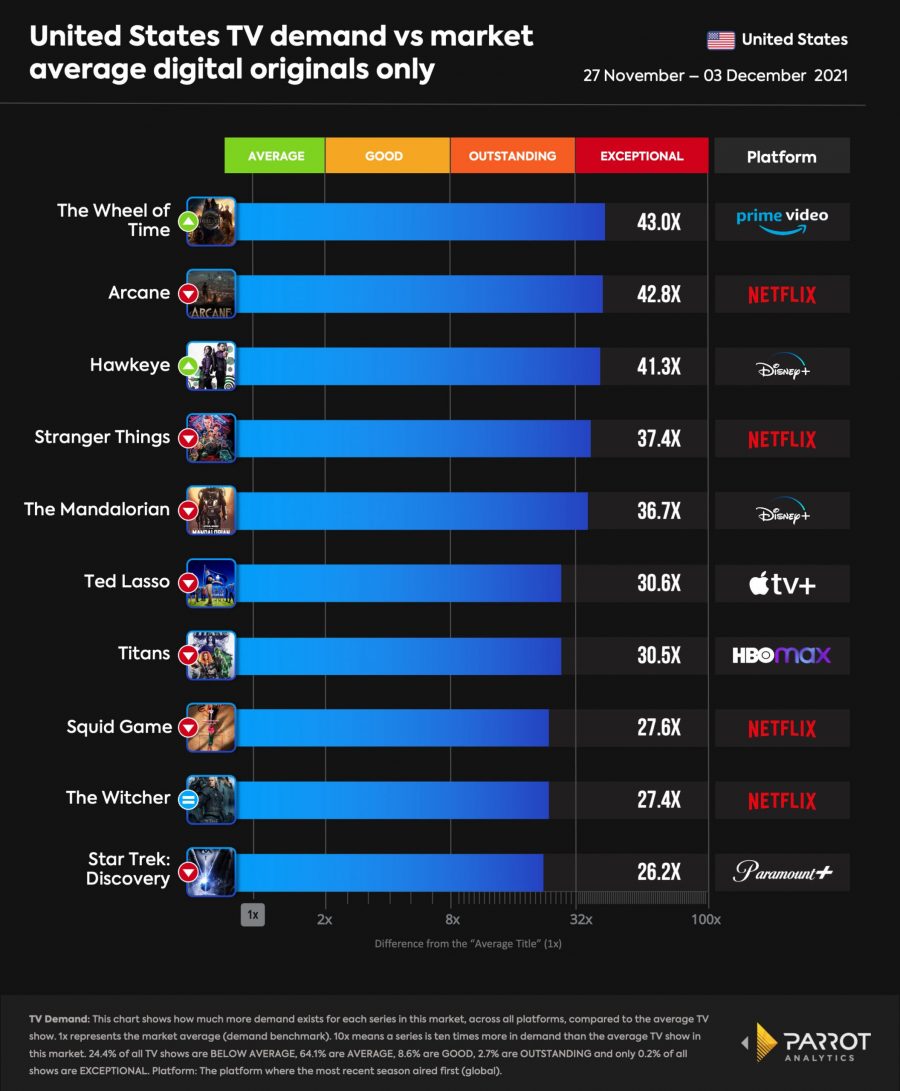