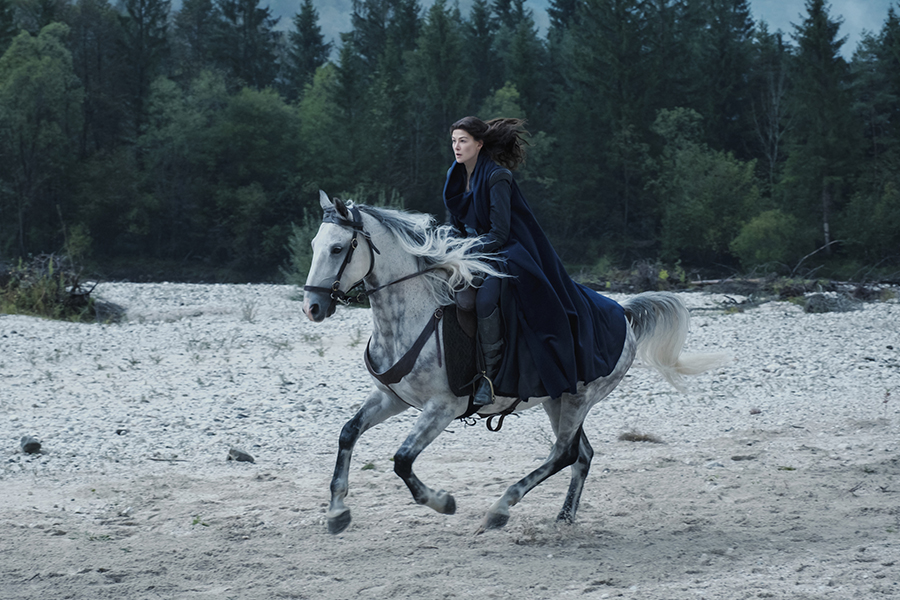 Amazon Prime Video’s “The Wheel of Time” remained No. 1 on Parrot Analytics’ digital originals U.S. chart the week ended Dec. 10. Based on a series of fantasy novels, the show had 41.7 times the demand of an average series during the week after a 3.1% drop in demand expressions, the proprietary metric Parrot uses to gauge a show’s popularity. “The Wheel of Time” was No. 6 on the list of overall TV shows.

Netflix’s “Money Heist” leaped nine spots to No. 2 on the digital originals chart. The Spanish drama, known in its native language as “La Casa de Papel,” saw its final batch of episodes arrive Dec. 3, giving the show a 55.3% boost in demand expressions to push it to That pushed it to 40.2 times the demand of an average show. “Money Heist” was No. 9 on Parrot’s list of all TV shows.

The Disney+ Marvel series “Hawkeye” remained No. 3. It had a 3.3% drop in demand expressions to give it 39.9 times average demand. “Hawkeye” was No. 10 on the list of overall TV shows.

Netflix’s animated fantasy series “Arcane” slipped two spots to No. 4 on the digital originals charts. The “League of Legends” prequel had an 10.5% drop in demand expressions to give it 38.2 times the demand of an average show.

The Disney+ “Star Wars” series “The Mandalorian” remained No. 5 on the digital originals chart. It had a 1.5% jump in demand expressions to give it 36.2 times the demand of an average series.

The Amazon Prime Video sci-fi series “The Expanse” returned to the top 10 at No. 9, up from No. 15 the previous week, with the first episode from its sixth season bowing Dec. 10.

The No. 1 overall TV series in terms of online demand was “SpongeBob SquarePants,” with 76.8 times average demand. 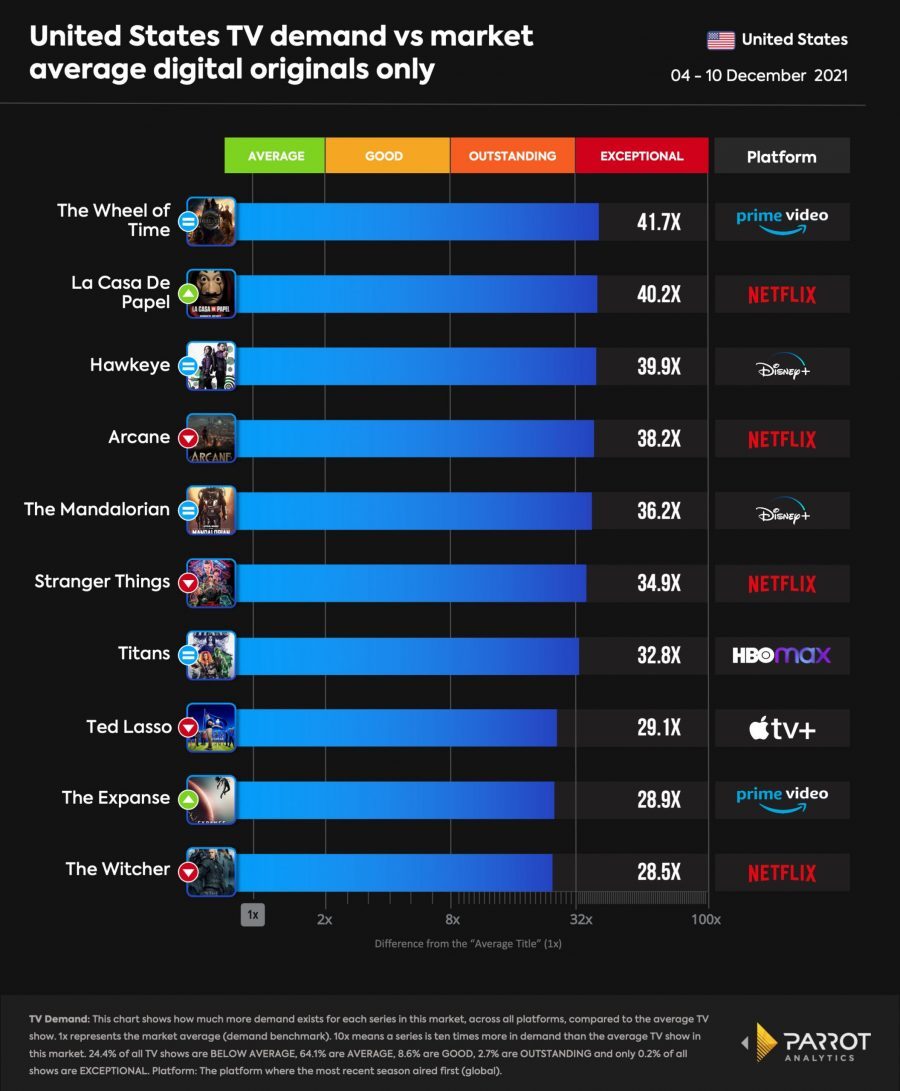