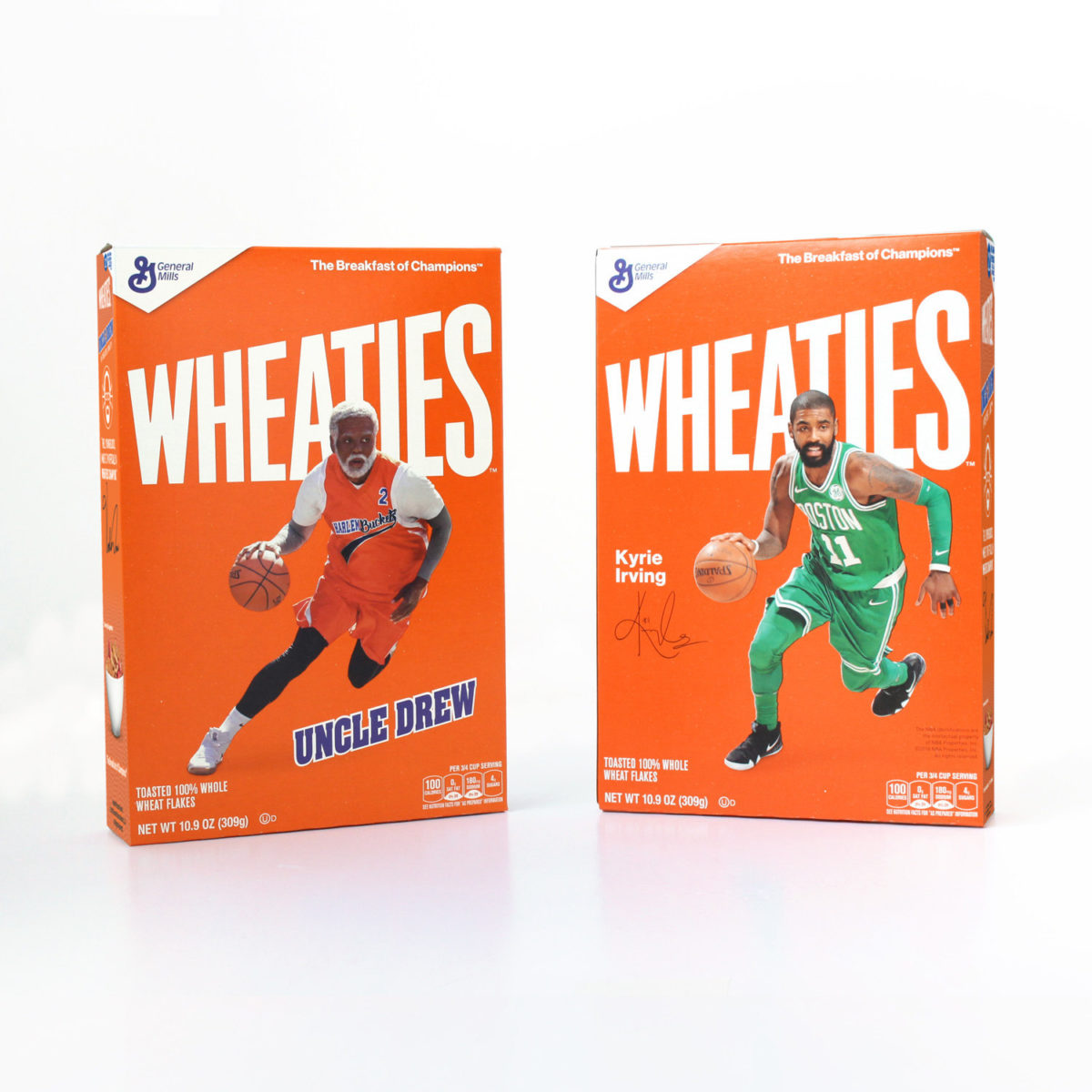 The Kyrie Irving/Uncle Drew limited-edition Wheaties box will be available nationwide in late May 2018. (PRNewsfoto/Wheaties)