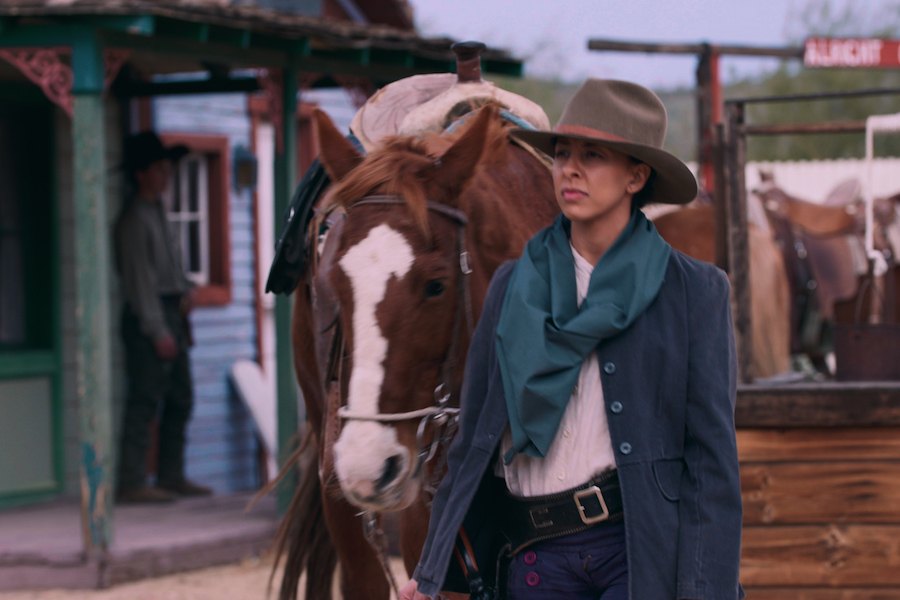 In this feminist take on the film genre, when masked men burst into the Silva family’s cabin in the Old West, gunning them all down as they sit at their dinner table, their daughter Regina (Jessica Y. Martin) is the only survivor of the grisly attack. Learning how to handle a gun, Regina hits the trail to seek justice.

When she takes a job at a brothel where a prostitute has recently been brutally murdered, she realizes they are seeking the same man, Pete Chalmers. The town is run by Pete’s father, and the local sheriff and town leaders are not only refusing to help but are protecting him. Along with the madam, Victoria (Sandy Penny), and the other ladies of the house, Cora (Michelle Nuquay) and Ekta (Elizabeth Selby), the girls women take revenge.