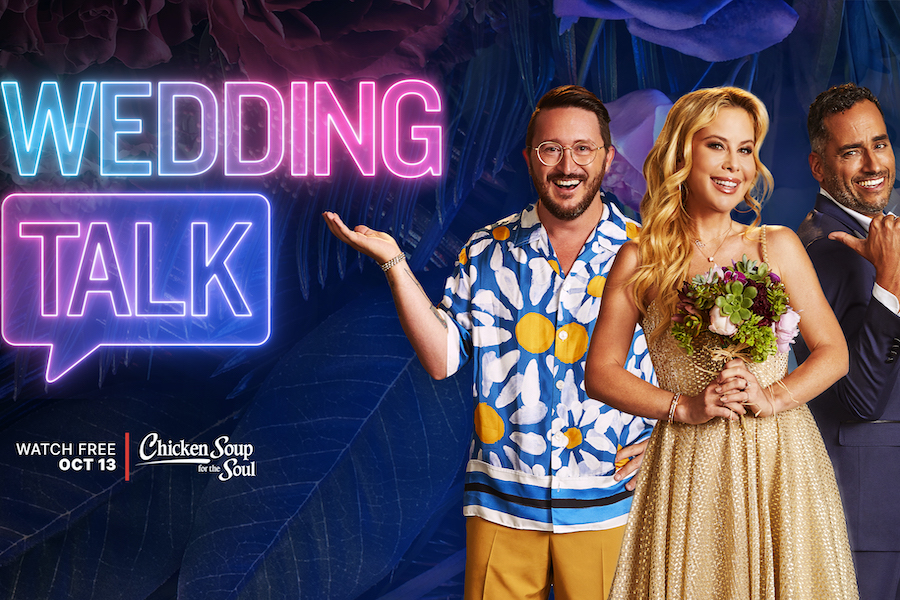 The 10-episode series is a deep dive into wedding footage gathered from Love Stories TV. The three hosts dish on the destinations, décor and the dresses, as well as every other element that makes these events momentous. This expert trio isn’t about dragging the newlyweds down the aisle; instead, “Wedding Talk” is a celebration of every ceremony, a discussion of what’s hot and what’s not in the wedding industry today, and inspirational ideas for viewers to create their own dream day.

“Our viewers are going to fall in love with the romance and emotion of the spectacular weddings featured in Wedding Talk,” Jeff Meier, head of programming for Crackle Plus, said in a statement. “We know the world of weddings is an audience favorite, and we’re excited to introduce viewers to a series that lets them dive in and immerse themselves in these beautiful events with Wedding Talk.”

“We are so excited to launch this series on Crackle and Chicken Soup for the Soul, which we feel is a perfect fit for the show,” Rachel Silver, founder and chief executive officer of Love Stories TV, said in a statement. “The diversity of their audience, as well as a passionate love for wedding content, reflects the variety and inclusiveness of the series and, like the couples we feature, will make for a perfect match.”