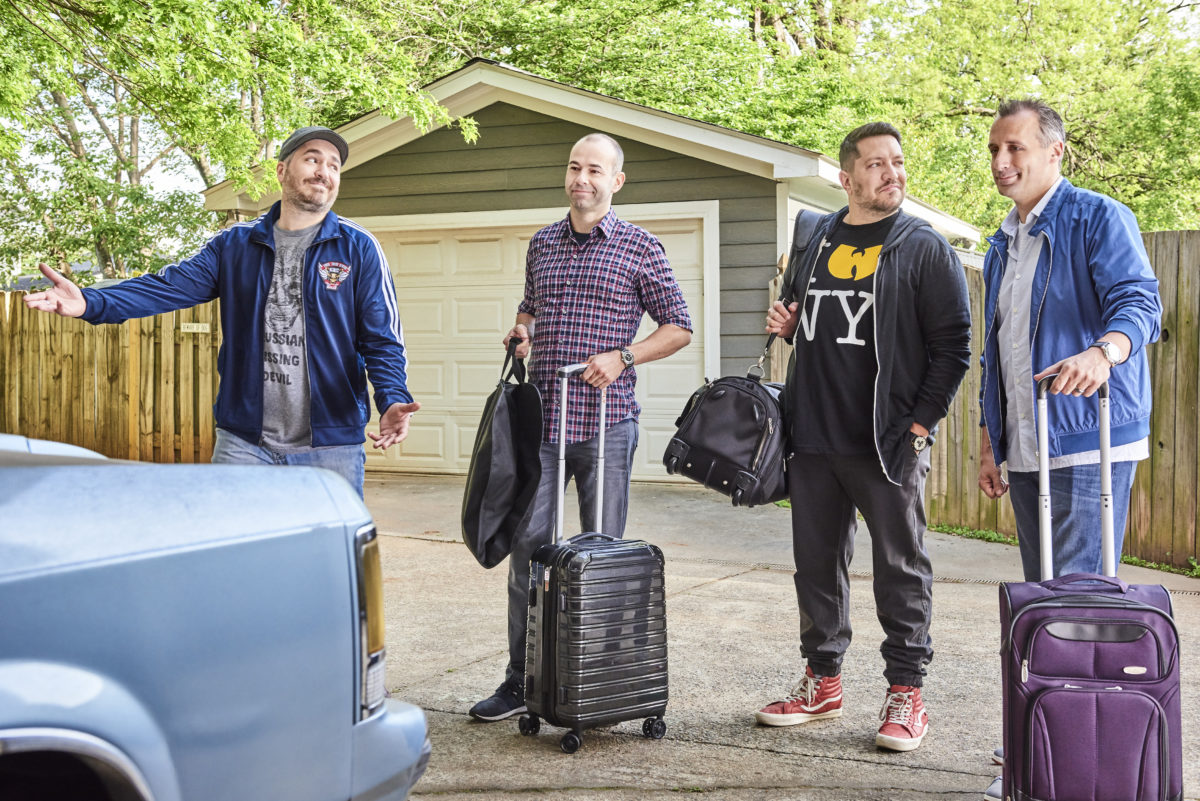 WarnerMedia’s truTV has announced the theatrical release date for its first-ever feature-length film, Impractical Jokers: The Movie, directed by Chris Henchy (Daddy’s Home, Eastbound & Down) and produced by “Funny or Die.”

The film is an extension of truTV’s “Impractical Jokers” series, currently in its eighth season and ranking as a top three original cable comedy, according to WarnerMedia.

The film will feature The Tenderloins playing themselves in a fictional story of a humiliating high school mishap from the early nineties. Featuring appearances from Paula Abdul, Jaden Smith, and Joey Fatone, the movie combines the fictional narrative with real life footage of over-the-top punishments and callbacks to classic moments from the series. Once the Impractical Jokers hit the road, they compete in hidden camera challenges for the chance to turn back the clock and find redemption.

“One can never have enough Impractical Jokers in their life and we’ve finally been given the chance to deliver on that,” Brett Weitz, GM for TNT, TBS, & truTV, said in a statement.“As we continue to build upon their ever growing brand, the film will celebrate all of the hijinks and antics these guys are known for but with bigger twists than we can achieve in a 30-minute format.”