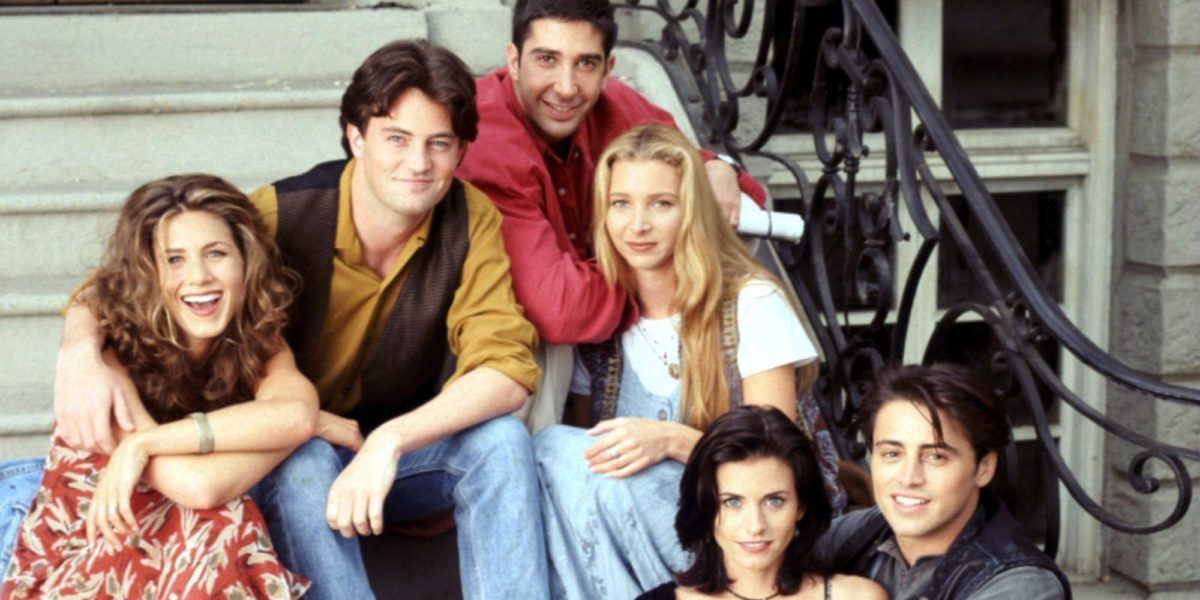 WarnerMedia July 9 unveiled HBO Max as the name of its new subscription streaming service launching in 2020.

The service will be anchored by HBO and will be “Maximized” with an extensive collection of exclusive original programming (Max Originals) and the best-of-the-best from WarnerMedia’s portfolio of brands and content libraries.

New deals with Warner Bros. Television and others for HBO Max announced include exclusive streaming rights at launch to all 236 episodes of “Friends” — one of the biggest hits on television and in streaming (currently on Netflix).

The exclusive streaming rights at launch to all episodes of “The Fresh Prince of Bel Air” and “Pretty Little Liars.”

The exclusive streaming home to a string of new Warner Bros.’ produced dramas for The CW beginning with the fall 2019 season, including new DC Entertainment series “Batwoman” and “Katy Keene” (a spinoff of “Riverdale”).

Berlanti will produce an initial four movies focused in the young adult space, while Witherspoon’s Hello Sunshine will produce at least two films.

HBO Max, scheduled to launch commercially in spring of 2020, is anticipated to premiere with 10,000 hours of premium content.

“HBO Max will bring together the diverse riches of WarnerMedia to create programming and user experiences not seen before in a streaming platform. HBO’s world-class programming leads the way, the quality of which will be the guiding principle for our new array of Max Originals, our exciting acquisitions, and the very best of the Warner Bros. libraries, starting with the phenomenon that is ‘Friends,’” Robert Greenblatt, chairman of WarnerMedia Entertainment and Direct-To-Consumer, said in a statement.

“Under the leadership of two of the strongest creative visionaries — Casey Bloys (HBO) and Kevin Reilly (original content and acquisitions) — and two of the most experienced digital experts — Tony Goncalves and Andy Forssell — I have no doubt they and their dedicated teams will deliver the world’s best storytelling to audiences of all ages wherever and whenever they want it.”

Highlights of HBO programming previously announced for 2020 and 2021 include:

Casey Bloys, programming president of HBO, continues to oversee content on the HBO service, with investment in HBO original programming having been increased 50% over normal spending.

Tony Goncalves, CEO of Otter Media, now oversees the development of HBO Max with Andy Forssell, also from Otter Media and formerly CEO of Hulu, as the general manager.

Some of Hollywood’s most successful creators and producers are looking forward to the new service, including the following who are either producing for HBO and/or an upcoming HBO Max Original:

“WarnerMedia has three things going for it with this new streaming service. One, they have an incredible history and legacy of storytelling. Two, they’re super future-focused and trying to be the best. And three, they’re letting people like me embarrass myself episode after episode until I find love. I couldn’t be more excited to be a part of this family,” Anna Kendrick said.

“Back in 1991, after a decade in television, I began writing a series of novels that I knew would never be filmed,” said George R.R. Martin, creator of “Game of Thrones.”

Martin said his show was too big, too complex, too dark, too sexy, with a cast of thousands, gigantic battle and massive castles for a feature film and too expensive for television.

“I should have remembered, ‘It’s not television, it’s HBO,’” Martin said. “Working with HBO during the past decade has been a dream come true. What they did could not be done, but they did it anyway. And now they are embarked on a new venture.”

The author hinted he hopes the platform will help him return to “my world of Westeros.”