Calling it the most important launch since billionaire Ted Turner bowed the Cable News Network in 1980, WarnerMedia is hiring 450 staffers to help launch a branded subscription streaming video service in early 2022.

Dubbed CNN+, the venture joins a SVOD market saturated with myriad entertainment alternatives, and some news offerings. Fox News has Fox Nation and Paramount+ is streaming CBSN and other news-related content. Pricing for CNN+ was not disclosed. 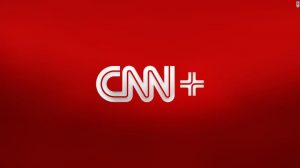 The platform will focus on video with a dedicated staff working in parallel with more than 4,000 CNN personnel around the world.

“CNN invented cable news in 1980, defined online news in 1995 and now is taking an important step in expanding what news can be by launching a direct-to-consumer streaming subscription service in 2022,” Jeff Zucker, chairman of WarnerMedia News and Sports and president of CNN Worldwide, said in July 19 statement.

“On top of a television offering that has never been stronger, which remains at the core of what we do today, we will offer consumers a streaming product that grows the reach and scope of the CNN brand in a way that no one else is doing. Nothing like this exists,” Zucker said.

CNN+ will launch with a deep library of nonfiction, long-form programming including past seasons of CNN’s award-winning original series and films, including “Anthony Bourdain: Parts Unknown,” “Stanley Tucci: Searching for Italy,” “This is Life With Lisa Ling” and “United Shades of America” with W. Kamau Bell.

Additionally, CNN+ will build upon that library with new original series and films developed for CNN+, which will be unveiled later this year.

CNN will continue to have a single app where CNN+ subscribers can access CNN+ programing and pay-TV subs can get the “TV Everywhere” experience. The app will include CNN’s linear TV feeds of CNN, CNN International, HLN and CNN en Español channels, which will be available exclusively for pay TV subscribers. Pay-TV subs can also subscribe to CNN+ to access the full CNN+ programming all in one place.

“We are going to take a pretty big swing here, and the company’s behind it,” Morse told CNN. “It’s not going to be a news headline service.”