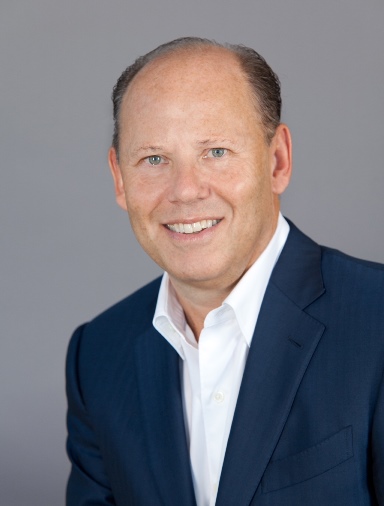 There’s been all sorts of speculation in the media about the big restructuring at Warner Bros. that, among other changes, saw home entertainment chief Ron Sanders take charge of all motion picture distribution and Blair Rich likewise have oversight of marketing across all windows.

Media wags have connected Warner Bros. Entertainment chairman and CEO Kevin Tsujihara’s move to all sorts of things, from the now-stalled AT&T acquisition to the “Justice League” movie franchise.

But if you take a step back and really take a look at the new structure, it becomes clear that the real reason is, quite simply, that it makes sense.

With distribution windows blurring, it is only logical to have one person call the distribution shots, rather than two people, each with skin in a different game. The same goes for marketing. Having oversight over a movie’s journey through its entire life cycle, from theatrical opening to its various after-market platforms, seems an incredibly logical and smart strategy.

(Interestingly, Paramount Pictures made a partial move down this same path when it appointed former 20th Century Fox Home Entertainment president and chief marketing officer Mary Daily, long considered one of the smartest and savviest marketers in Hollywood, to president of international theatrical marketing and worldwide home media entertainment.)

The elevation of Sanders to distribution chief of the Warner Pictures Group is also a tremendous vote of confidence in the future of home entertainment – which really should be seen as more of a concept than a specific industry. Since the advent of pay-per-view and the video rental business more than four decades ago, consumers have been on a quest to control their entertainment viewing options – to bring entertainment to them. Initially, it was just into their home; in recent years, thanks to the cloud, this “home” has expanded to various mobile devices, including the now-ubiquitous smart phone.

Home entertainment, then, is a lot broader than the traditional transactional model. It’s Netflix, it’s Amazon, it’s anything that brings entertainment to the viewer, on demand, wherever the viewer wants to consume it. And while premium VOD may have suffered some setbacks recently, there’s no question in most everyone’s mind that its eventual realization is inevitable – at last putting home entertainment on par with theatrical.

A final note about Ron Sanders: As I have written before, Sanders, much like Tsujihara, represents a new class of executive emerging in the Hollywood leadership ranks: Smart, personable, reasonable, and practical. They don’t yell, scream and bully like the studio chiefs of old Hollywood because, quite simply, they don’t have to. They have something infinitely more valuable than control: They have the respect of the people who work with them.

Sanders joined what was then Warner Home Video in 1991 and learned the business from some of the most talented executives of the day, led by then-division president Warren Lieberfarb. The 1990s were a remarkable time in home entertainment: We saw the rise of sellthrough, the development of direct sales and, of course, the launch of DVD, birthed at Warner by Lieberfarb and his team.

As I wrote some years ago, in words that continue to ring true, “Anyone who knows Ron Sanders, who has worked alongside him, knows how incredibly hard it is to dislike him. When he says something, he means it. When he makes a promise, he follows through. He looks you in the eyes when he speaks to you; he is passionate about the industry, about Warner Bros., about business, about life.”

Sanders ran Warner’s rental business during the tumultuous mid-1990s period of consolidation and copy-depth incentives. He moved into consumer sales just as DVD was taking off and in July 1998 was sent to London as managing director of the United Kingdom and Ireland divisions. A year and a half later, he was promoted to head of the entire EMEA (Europe, Middle East and Africa) region, overseeing Warner’s home video operations in 28 territories. He returned to the United States in 2002 and was appointed president of the division in October 2005. In May 2013 he was named president, Warner Bros. Worldwide Home Entertainment Distribution, with oversight of the global distribution of home entertainment products from Warner Bros. Pictures, Warner Bros. Television, and Warner Bros. Interactive Entertainment (WBIE).

Throughout this well-deserved rise, Sanders has remained remarkably grounded. He and I used to swap stories about chauffeuring our kids to soccer games and treating our families to fanciful summer vacations. Mindful of his experience living with his family in London, Sanders endowed a study abroad program at his alma mater, Auburn University, where he also served on the Harbert College of Business Advisory Council.