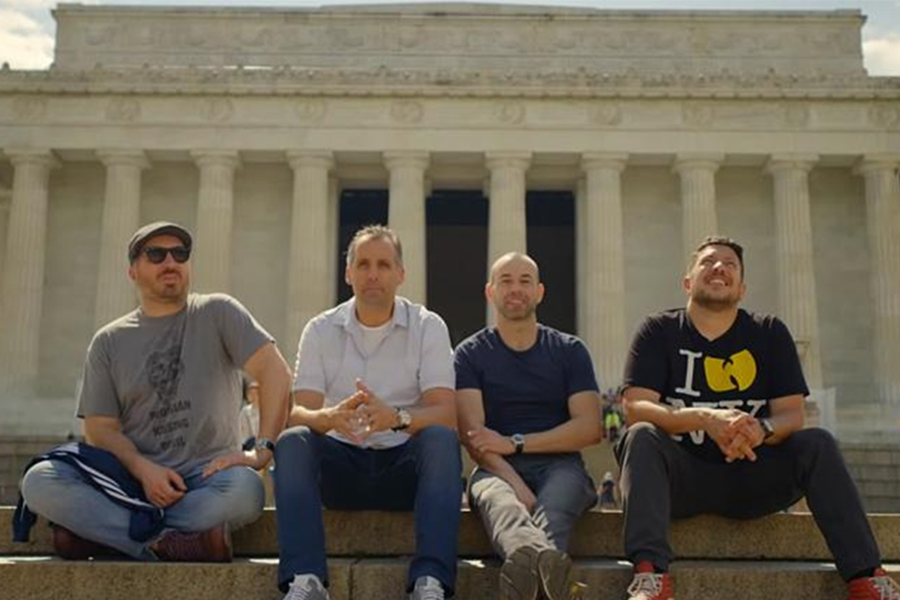 The film, which arrives on home video after only five weeks in theaters, is an extension of the successful “Impractical Jokers” TV series that began in 2011 and has aired more than 200 episodes over eight seasons on truTV.

Impractical Jokers: The Movie stars James “Murr” Murray, Brian “Q” Quinn, Joe Gatto, and Sal Vulvano, also known as the comedy troupe The Tenderloins, playing themselves in a fictional story of a humiliating high school mishap from the early ’90s. Featuring appearances from Paula Abdul, Jaden Smith, and Joey Fatone, the movie combines the fictional narrative with real life footage of over-the-top punishments and callbacks to classic moments from the series. Once the Impractical Jokers hit the road, they compete in hidden camera challenges for the chance to turn back the clock and find redemption.

Directed by Chris Henchy, the film is produced by Funny Or Die. It debuted in theaters Feb. 21 and earned $10.7 million at the domestic box office.