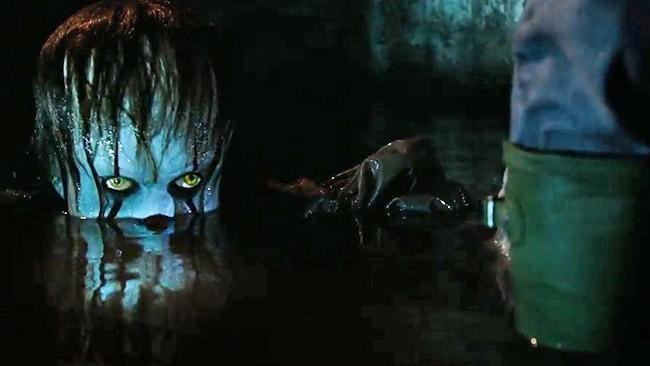 Pennywise, the clown, emerges from the depths in horror film, "It."

Warner Bros. Home Entertainment April 26 reported first-quarter (ended March 31) revenue of $396 million from the sale of packaged media and digital movies. The tally was up 7% from revenue of $368 million in the previous-year period.

Specifically, Warner Home Video benefitted from strong retail sales of horror film, It, which has generated $31.5 million in combined DVD/Blu-ray Disc sales since its Jan. 9 retail release, according to The-Numbers.com. The title — based on Stephen King’s novel about pre-teens fighting an evil demon that poses as a child-killing clown — ranks No. 2 in disc sales in 2018 after Disney/Pixar’s Coco with $33.1 million.

The decline in television revenue was primarily due to the comparison to the domestic licensing of certain library series in the prior-year quarter. Theatrical revenue decreased due to the mix and timing of releases, as the prior-year quarter included the releases of Kong: Skull Island and The Lego Batman Movie compared to the late quarter release of Ready Player One in the current year, partially offset by higher international licensing revenues.

From its opening on March 29 through April 24, Ready Player One grossed over $525 million at the worldwide box office and is Warner’s highest-grossing film ever in China.

Warner Bros. Television shows “The Big Bang Theory,” “Young Sheldon” and “Mom,” as well as “The Voice,” “The Bachelor” and “Ellen’s Game of Games.”