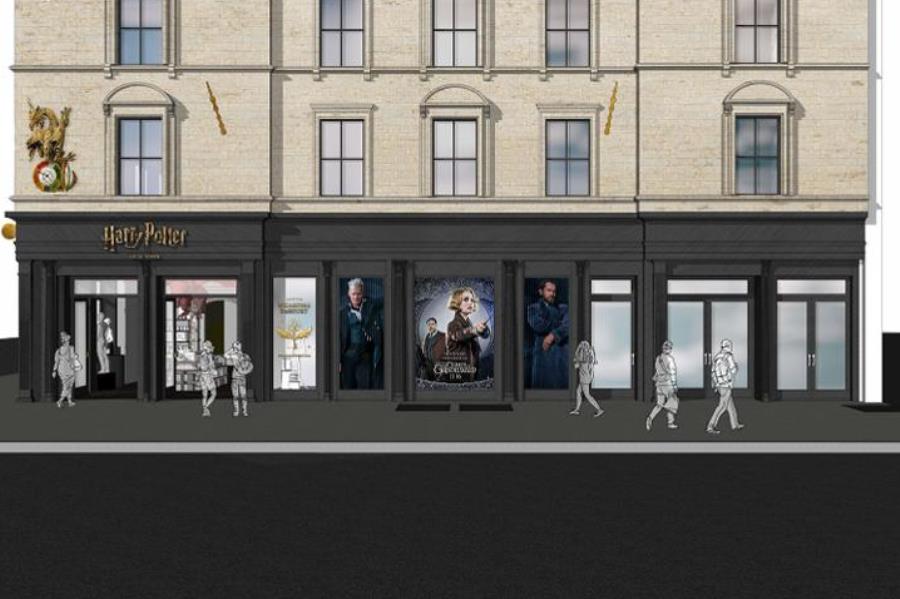 A concept drawing of the new Harry Potter store

Warner Bros. says it will open the first official “Harry Potter” flagship store later this year in the heart of New York City next to the Flatiron building at 935 Broadway.

The retail store will house the largest collection of “Harry Potter” and “Fantastic Beasts” products in the world under one roof with everything from personalized robes, DVDs and Bertie Bott’s Every Flavor Beans, to a brand-new range of house wands with a design exclusive to the New York location.

Spanning three floors and over 20,000 sq. ft., the space will provide fans of the J.K. Rowling novels and franchise movies with a number of exciting retail experiences that evoke the magic of the Wizarding World.

“This will be the largest dedicated Harry Potter store in the world and will become a must-visit fan destination where Harry Potter enthusiasts can engage with interactive experiences and numerous photo opportunities as they step into the magic,” Sarah Roots, SVP of worldwide tours and retail at Warner Bros., said in a statement. “We are very excited to be opening in New York. It’s the ideal city in which to launch with so many dedicated Wizarding World fans, a cutting-edge retail environment and a community that embraces innovative experiences.”