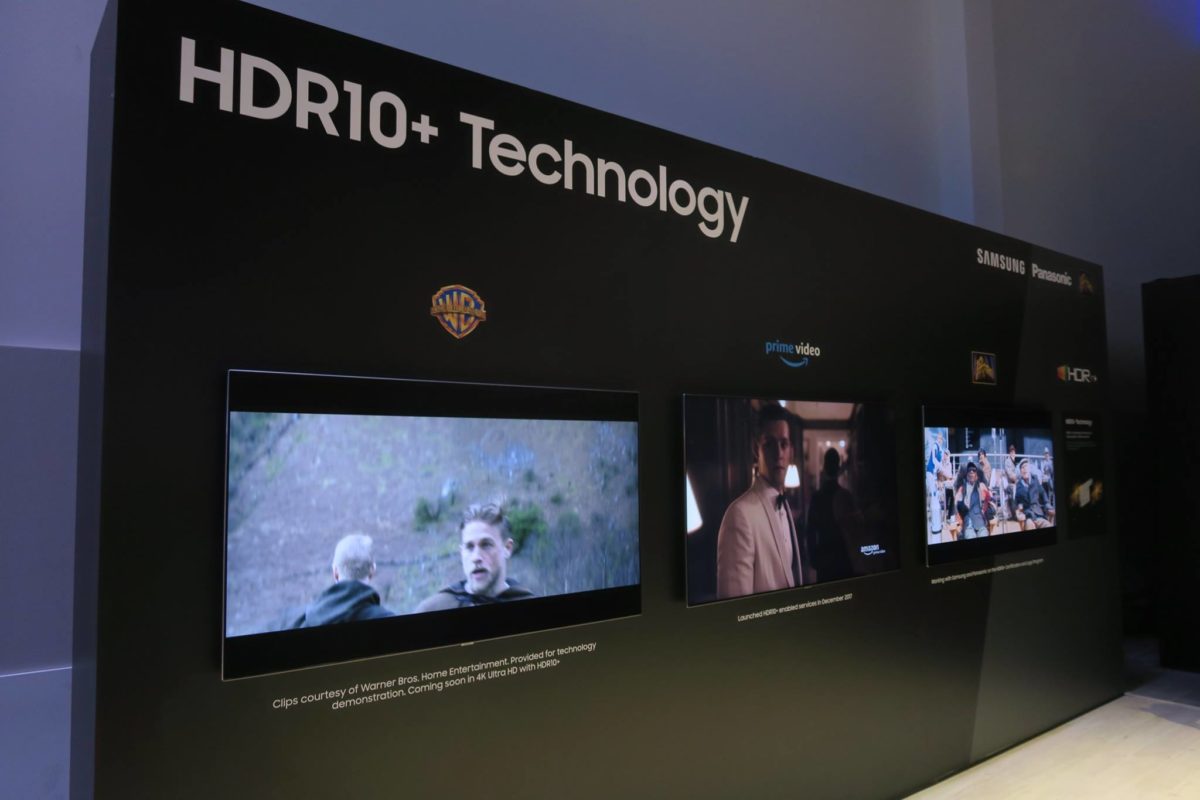 Twentieth Century Fox, Panasonic and Samsung Jan. 5 announced updates for the HDR10+ platform. At the same time, Warner Bros. announced it had joined the coalition, as well.

In the move toward advanced 4K ultra high-definition televisions, including higher resolution, frame rates and enhanced contrast, and color, adoption of High Dynamic Range has been limited to paying Dolby Vision or using HDR10 – an open-source format any CE manufacturer can use without paying a licensing fee.

Fox and Samsung begun discussing HDR10+ dynamic metadata in late 2016. It was in February and March that Fox, Samsung and Panasonic came together to build the licensing program for HDR10+. Samsung and Amazon Prime officially joined the group in April 2017. Warner is the second studio to join. Media reports suggest Netflix is considering implementing the format as well.

“Our aim is to deliver an immersive experience no matter what you’re watching,” David Das, SVP, Consumer Electronics Marketing, Samsung Electronics America, said at a Jan. 7 Samsung press event in Las Vegas, on the eve of CES 2018. “That’s why we’re also expanding our HDR10+ platform with industry-leading partners to deliver HDR content into the home.”

“In addition to Amazon, we are partnering with some of the biggest names in entertainment, including 20th Century Fox and Warner Bros., to expand the HDR10+ ecosystem and empower others to leverage an open, royalty-free platform.”

Danny Kaye, EVP of 20th Fox and managing director of the Fox Innovation Lab, said in a statement, “It was important for us to create an open system that is flexible and offers a viewing experience much closer to the filmmaker’s creative intent for the film. Together with Samsung and Panasonic, we aim to standardize the licensing process making it easy for partners, including content creators, television and device manufacturers, to incorporate this technology and improve the viewing experience for all audiences.”

“Warner Bros. has always strived to provide the best next gen home entertainment experience to consumers,” said Jim Wuthrich, president of the Americas and Global Strategy, Warner Bros. Home Entertainment. “With HDR10+ dynamic metadata, WB can continue to more accurately bring the filmmakers’ vision of our 2018 releases and our vast catalog of over 75 4K HDR titles to the home across a broad range of HDR10+ capable TVs.”

In an interview with Media Play News at the Samsung press event on Jan. 7, Bill Mandel, VP, Industry Relations at Samsung Research America, said the advantages of HDR10+ are that it is royalty free, a little newer technology, and offers “more precise dynamic meta data control.”