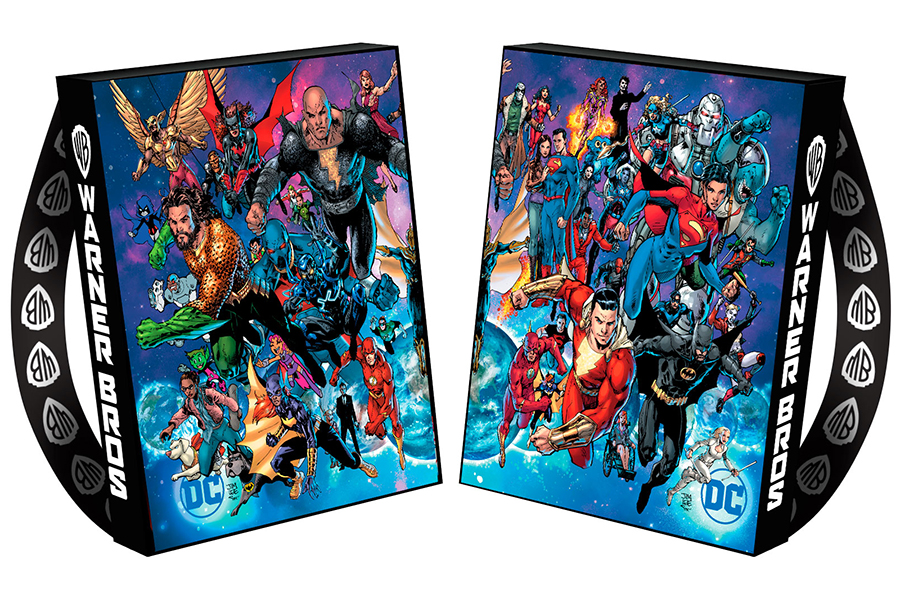 Warner Bros. Discovery has announced it will have a major presence at San Diego Comic-Con, the annual pop culture convention that runs July 21-24. This marks the confab’s first live-action summer event since 2019, with the 2020 and 2021 events canceled due to the pandemic and relegated to online presentations only.

Warner Bros. Television will present Hall H panels for “The Sandman” and “Riverdale.”

“The Sandman” special video presentation and Q&A will introduce fans to the live-action adaptation of Neil’s Gaiman’s DC comic series about another world that awaits us when we close our eyes and sleep — a place called the Dreaming, where The Sandman, Master of Dreams (Tom Sturridge), gives shape to our deepest fears and fantasies. But when Dream is unexpectedly captured and held prisoner for a century, his absence sets off a series of events that will change both the dreaming and waking worlds forever. Season one of “The Sandman” debuts August 5 on Netflix.

The ”Riverdale” special video presentation and Q&A brings the show to Comic-Con for its fifth and final appearance to preview the upcoming sixth season of the series based on the Archie Comics characters.

Warner Bros. Home Entertainment will present a world premiere screening and panel for Green Lantern: Beware My Power, the latest DC Universe original animated movie that arrives on Blu-ray Disc, 4K Ultra HD Blu-ray and digital July 26. The all-new intergalactic thriller features John Stewart’s first adventure as a member of the Green Lantern corps. In the film, the initially reluctant Stewart (voiced by Aldis Hodge) — aided by Green Arrow (Jimmi Simpson), Adam Strange (Brian Bloom) and Hawkgirl (Jamie Gray Hyder) — must contend with a horde of interplanetary killers bent on eliminating every Green Lantern in the universe, while also journeying into the heart of a raging Rann/Thanagar war to somehow succeed where all other Green Lanterns have failed.

Warner Bros. Animation will hold a special advance screening of the first two episodes of the third season of the HBO Max animated series “Harley Quinn.” Seats will be limited and available on a first-come, first-served basis.

Cartoon Network and HBO Max will treat attendees to fun, interactive experiences during a kids and family multi-show panel. Learn more about the Max prequel series “Gremlins: Secrets of the Mogwai” from the cast and executive producers, go inside the making of Cartoonito’s “Sesame Street Mecha Builders,” and get the latest from the Looney Tunes Loon-iverse, including Looney Tunes Cartoons, new series “Bugs Bunny Builders,” and the upcoming “Tiny Toons Looniversity.”

The TNets will bring a conversation with some of the biggest stars of the AEW wrestling promotion from TBS’s “AEW: Dynamite” and TNT’s “AEW: Rampage.”

Warner Bros. Games will give fans a behind-the-scenes look at the Gotham Knights and MultiVersus video games with the cast and creators. 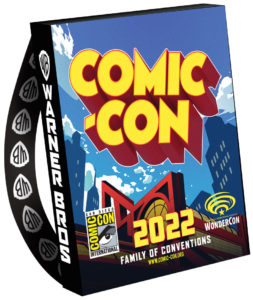 For the 11th year, Warner Bros. will once again serve as the sponsor of the official Comic-Con 2022 bag. Jim Lee, publisher and chief creative officer of DC, has created two designs for this year’s collectible swag holder, featuring more than 50 characters from across the DC Multiverse. Each bag will also feature two QR codes which will unlock special surprises for fans beginning Thursday, July 21. More than 160,000 bags have been produced for Comic-Con, and fans can claim theirs when checking in at the convention, while supplies last.

Lee will also be on hand for presentations about current and upcoming DC Comics storylines, including “Dark Crisis.”