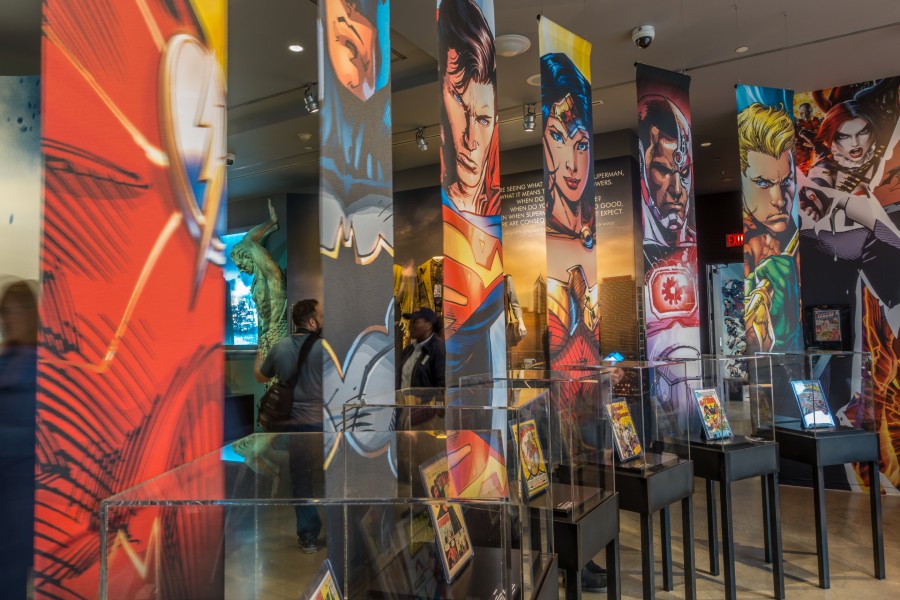 Industry veterans James Gunn and Peter Safran have been appointed to the new roles of co-chairmen/CEOs of DC Studios, overseeing the overall creative direction of the DC Universe across film, TV, and animation under a single banner. Gunn and Safran will report to Warner Bros. Discovery CEO David Zaslav, and will work closely with Mike De Luca and Pam Abdy, co-chairpersons/CEOs of Warner Bros. Film Group.

The appointments, which will be effective on Nov. 1, are significant since Zaslav is staking much of Warner Bros. Pictures’ future on mining fiscal gold from DC superhero IP. Indeed, Warner’s biggest box office hits in recent years have come from DC, including Wonder Woman 1984, DC League of Super-Pets, The Batman and the just released Black Adam.

In their new roles, Gunn and Safran will spearhead the development and execution of a long-term plan for the many properties licensed from DC Comics, including building a sustainable growth business (i.e., box office hits).

Throughout his decades-long career, writer/director/producer Gunn has been responsible for a vast portfolio of critically acclaimed films and series, including Warner Bros. live-action movies, Scooby-Doo and Scooby-Doo 2; a remake of George A Romero’s Dawn of the Dead; the horror comedy Slither; the dark superhero comedy Super; Marvel movies Guardians of the Galaxy and Guardians of the Galaxy Vol. 2; DC’s The Suicide Squad and the spin-off series for HBO Max, “Peacemaker.” With the release of The Suicide Squad in 2021, Gunn became the first filmmaker to direct a movie for both the Marvel Cinematic Universe and the DC Universe.

Safran has produced numerous films for Warner Bros., New Line Cinema, and other film studios, including DC’s highest grossing movie, Aquaman and its upcoming sequel, Aquaman and the Lost Kingdom; Shazam and its upcoming sequel Shazam: Fury of the Gods; The Suicide Squad; Annabelle; and the entire “Conjuring” universe, the most successful horror franchise of all time at $2 billion in worldwide box office and counting.

Safran’s production company, The Safran Company, recently re-upped its long-term production deal with Warner Bros. Discovery, and has four theatrical releases scheduled for 2023, including The Nun 2, which is the sequel to the highest grossing title in the “Conjuring” universe, The Nun. Prior to forming his own company, Safran was President of Brillstein-Grey Management, which represented some of the biggest names in Hollywood.

“I am thrilled to have the singular and complementary talents of James and Peter joining our world-class team and overseeing the creative direction of the storied DC Universe,” Zaslav said in a statement.

The executive said Gunn and Safran have decades of experience in filmmaking, close ties to the creative community, and proven track record thrilling engaging with superhero fans around the globe.

“[That] make[s] them uniquely qualified to develop a long-term strategy across film, TV, and animation, and take this iconic franchise to the next level of creative storytelling,” Zaslav said.