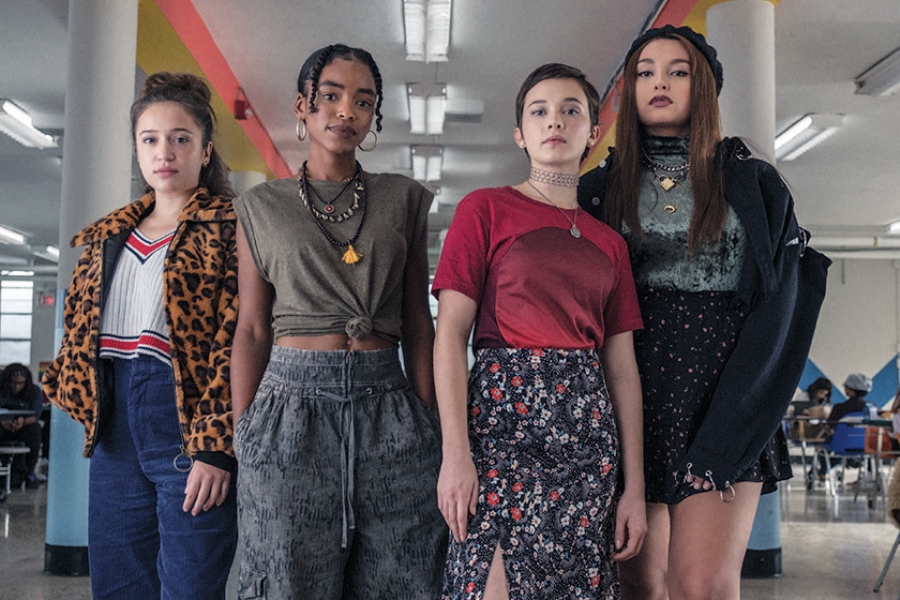 A week after its digital debut, Universal Pictures’ The War With Grandpa becomes available on Blu-ray Disc and DVD Dec. 22.

Also new to Blu-ray Disc and DVD, in a slow week for new releases, is Blumhouse’s The Craft: Legacy, from Sony Pictures Home Entertainment.

The War With Grandpa stars Robert De Niro as a recently widowed grandfather who moves in with his daughter (Uma Thurman), forcing his sixth-grader grandson, Peter (Oakes Fegley), to begrudgingly give up his bedroom. To get his room back, Peter stages an assortment of inventive pranks, only to find Grandpa is an expert at payback — and soon the two are engaged in an all-out “war.” The War With Grandpa is based on Robert Kimmel Smith’s children’s book of the same name. The cast also includes Rob Riggle, Cheech Marin, Jane Seymour, Laura Marano and Christopher Walken.

The Craft: Legacy is a continuation of the 1996 film The Craft, in which aspiring teenage witches get more than they bargained for as they lean into their newfound powers. The film is written and directed by Zoe Lister-Jones and stars Cailee Spaeny (Bad Times at the El Royale, On the Basis of Sex), Gideon Adlon (The Society, Blockers, The Mustang), Lovie Simone (Selah & the Spades, Greenleaf), Zoey Luna (Pose, Boundless) and Nicholas Galitzine (Cinderella), with Michelle Monaghan and David Duchovny.

The film debuted on PVOD Oct. 28. Bonus materials on the newly released Blu-ray Disc and DVD include two featurettes and four alternate scenes with an introduction from the director.

The Miranda July-directed comedy Kajillionaire, from Focus Features, stars Debra Winger and Richard Jenkins as con artists who for nearly three decades have trained their only daughter, portrayed by Evan Rachel Wood, in the art of thievery as well. After recruiting a stranger (Gina Rodriguez) during their next heist things take a bizarre turn.