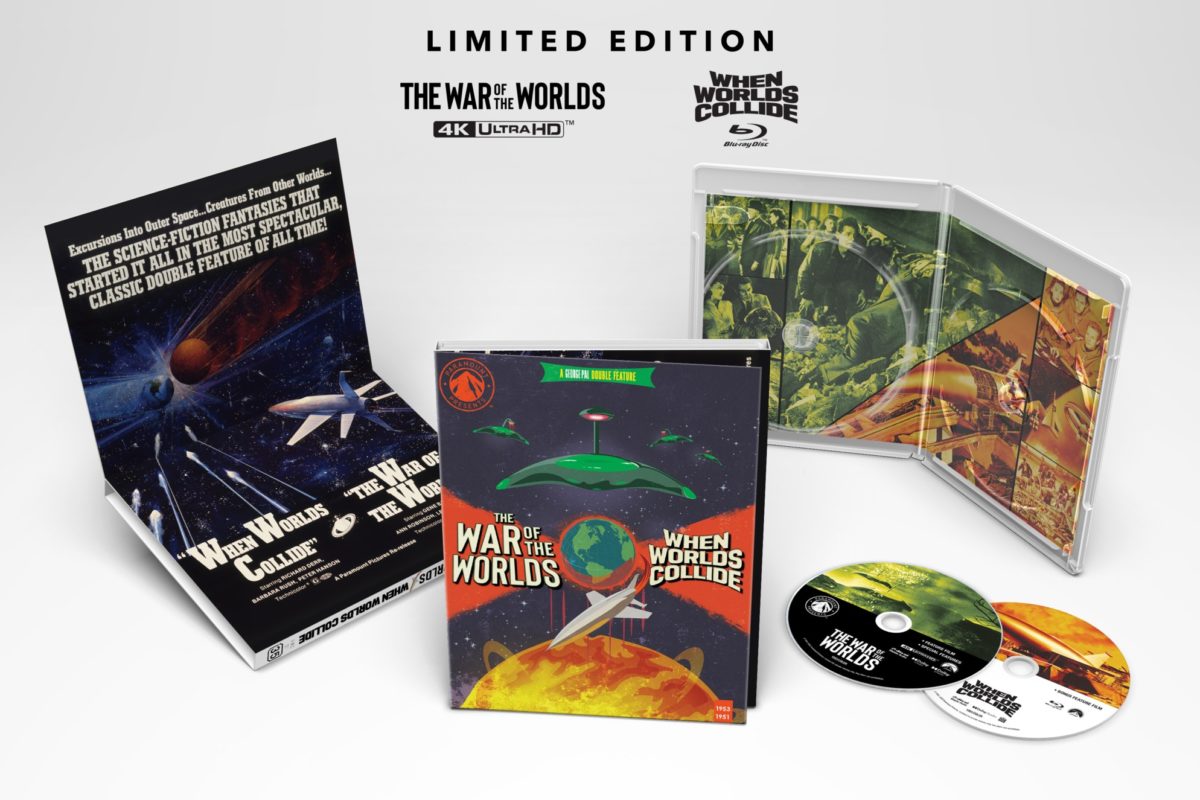 The new Paramount Presents edition of The War of the Worlds and When Worlds Collide.