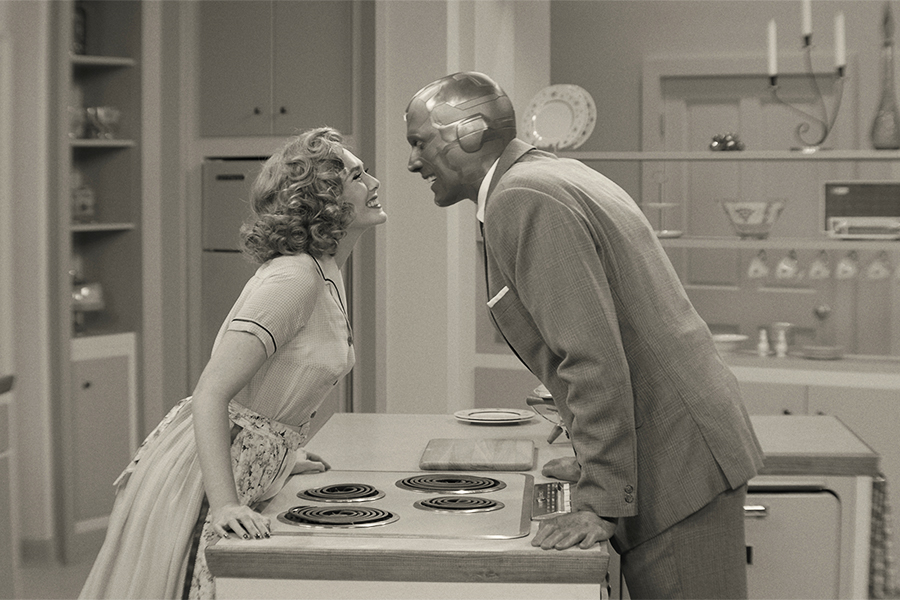 The spinoff of the Marvel Cinematic Universe stars Elizabeth Olsen and Paul Bettany reprising their roles as the telekinetic Wanda Maximoff and the android Vision, members of the Avengers. The show finds the super-powered couple living the idealized suburban lives of classic television sitcoms, but everything is not as it seems.

The supporting cast includes Kathryn Hahn as their nosy neighbor, Agnes; Kat Dennings reprising her role as Darcy from the “Thor” movies; Randall Park reprising his role as an FBI agent from Ant-Man and the Wasp; and Teyonah Parris as Maria Rambeau, the adult version who previously appeared as a child in the 1990s-set Captain Marvel.

With the delay of Black Widow to May 7, 2021, as a result of theater restrictions during the coronavirus pandemic, “WandaVision” will be the first new MCU content released since Spider-Man: Far From Home in July 2019, and the story is expected to tie into the plot of planned 2022 movie Doctor Strange in the Multiverse of Madness.

“WandaVision” is the first of several new MCU tie-in series produced by Marvel Studios for Disney+, a slate that includes “The Falcon and the Winter Soldier,” “Loki,” “Ms. Marvel,” “Moon Knight,” “She-Hulk” and the animated “What If…?”