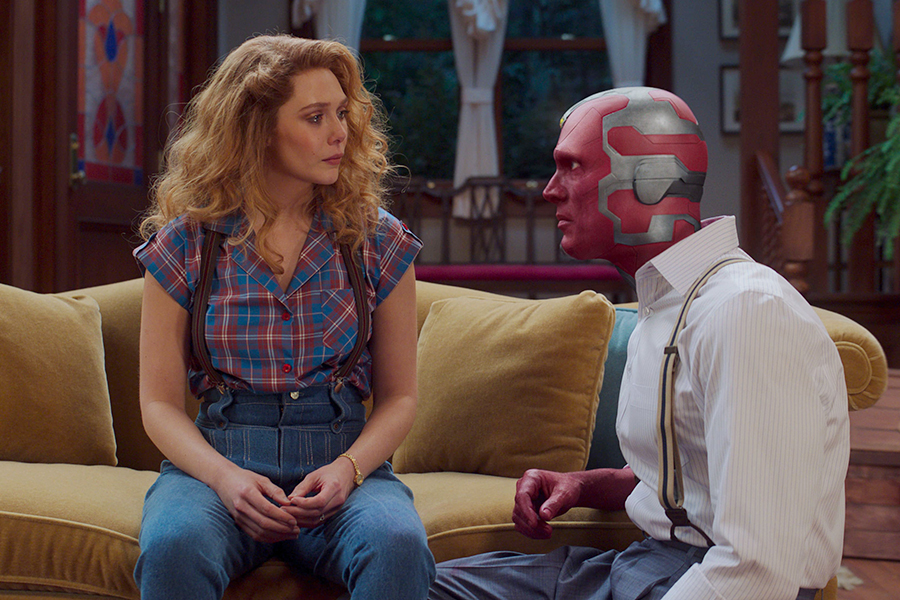 “WandaVision,” the first Disney+ series set in the Marvel Cinematic Universe, remained No. 1 for a second consecutive week on Parrot Analytics’ digital originals U.S. chart the week ended March 6. With the show presenting its finale March 5, it had 66.1 times the demand of an average series, and a 3.6% rise in demand expressions, the proprietary metric Parrot uses to gauge a show’s popularity. It was No. 5 on Parrot’s list of all TV shows.

The Disney+ live-action “Star Wars” series “The Mandalorian” stayed No. 2 for a second week on the digital originals chart, with expressions down 2.9% and the show garnering 51.2 times the demand of the average show. It was No. 8 on the overall list.

Netflix’s perennially popular “Stranger Things” rose a spot to No. 3 with 49.9 times average demand and expressions up 0.2%. It was No. 9 on the overall TV show list.

Netflix’s “Cobra Kai” dropped to No. 4 on the digital originals chart after a 10% drop in demand expressions, giving the show 46.8 times average demand.

The Disney+ animated series “Star Wars: The Clone Wars” remained at No. 5 with 36.3 times average demand, while demand expressions were down 11% during the week.

Netflix’s “The Crown” rose a spot to No. 6 after a spike in demand expressions of 16.3% following its four Golden Globes wins Feb. 28, including Best Drama Series. It had 33.6 times average demand.

The No. 1 overall TV series in terms of online demand for the seventh week in a row was “Attack on Titan,” with 100 times average demand. 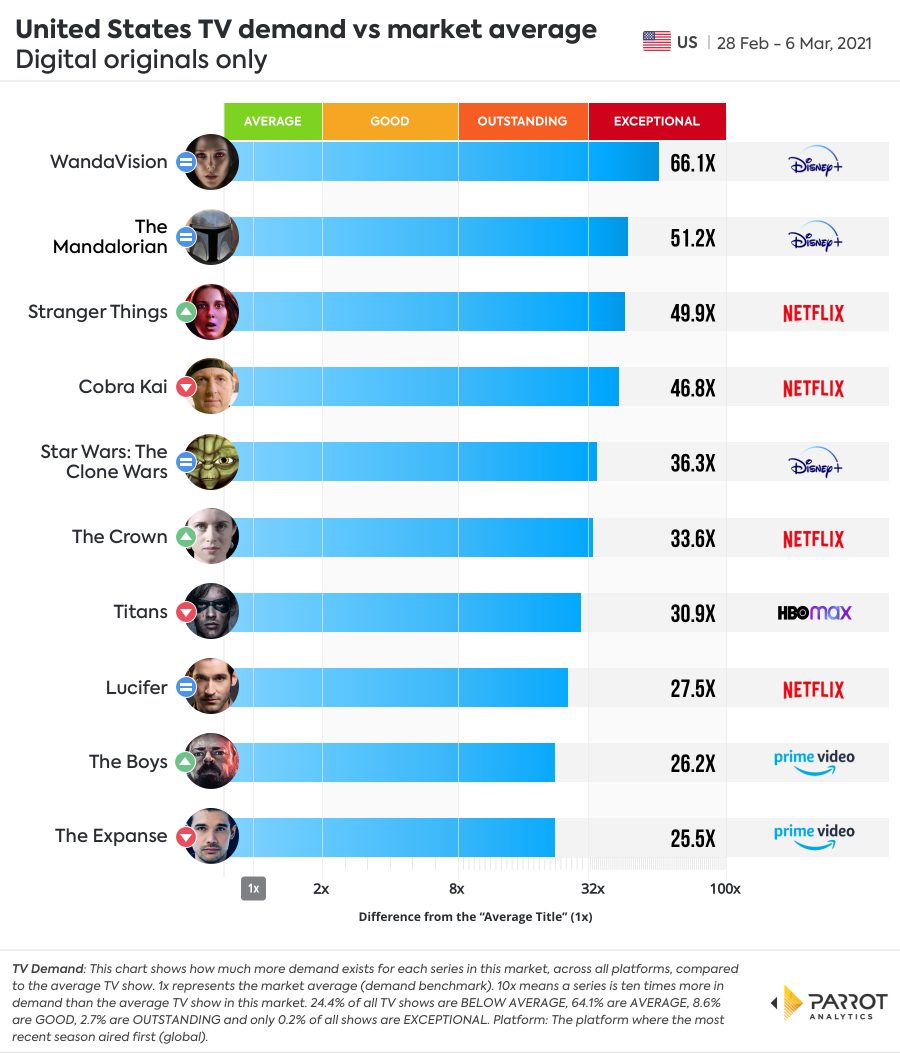