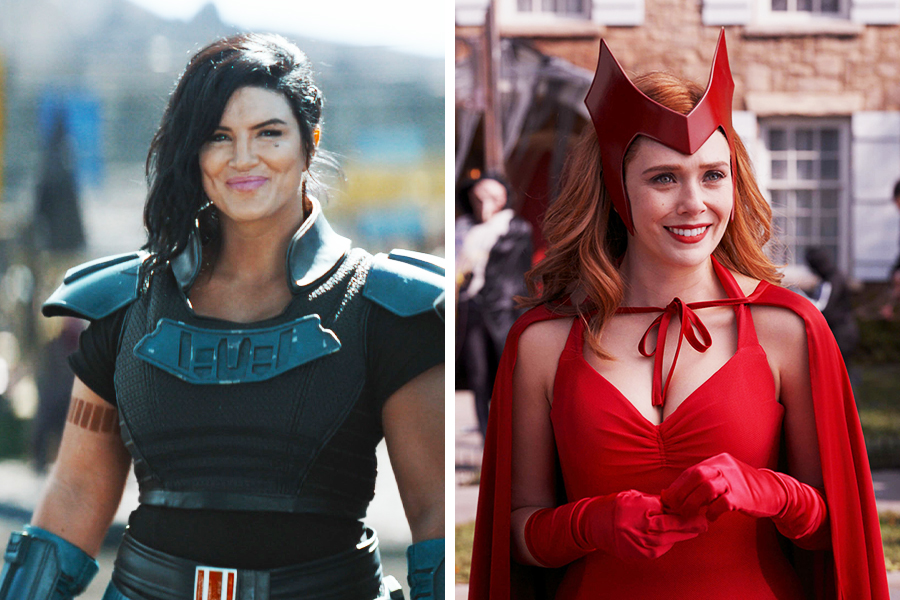 “The Mandalorian” also remained No. 5 on Parrot’s ranking of all TV shows with 63.6 times the demand of an average show (the same as a week before) while seeing a and a 0.01% rise in demand expressions, the proprietary metric Parrot uses to gauge a show’s popularity.

Backlash over Disney-owned Lucasfilm’s controversial decision to cut ties with “Mandalorian” cast member Gina Carano continues to keep eyes on the show. Carano during the week rose to the No. 1 most popular performer on IMDb’s rankings. The Carano story could continue to impact the demand ratings this week, as she gave a highly publicized interview on Ben Shapiro’s YouTube channel Sunday, Feb. 21, which by the end of the day had drawn about 1.4 million views, about 30 times the average viewership of the pundit’s weekly discussion series.

“WandaVision,” the first Disney+ series set in the Marvel Cinematic Universe, climbed to No. 2 with expressions up 3.8% as the twist-filled narrative approaches its March 5 finale, giving the series 63.5 times the demand of the average show. It rose to the No. 6 most-demanded TV series overall in the United States.

Netflix’s “Cobra Kai” dropped to No. 3 on the digital originals chart and No. 8 on the overall TV chart. Demand expressions dropped 15.4% to give the show 52.9 times average demand.

Netflix’s perennially popular “Stranger Things” dropped to No. 4 with 50.6 times average demand and expressions up 6.1%. It was No. 9 on the overall TV show list.

The No. 1 overall TV series in terms of online demand for the fifth week in a row was “Attack on Titan,” with 95 times average demand. The anime series is currently releasing episodes in its final season. 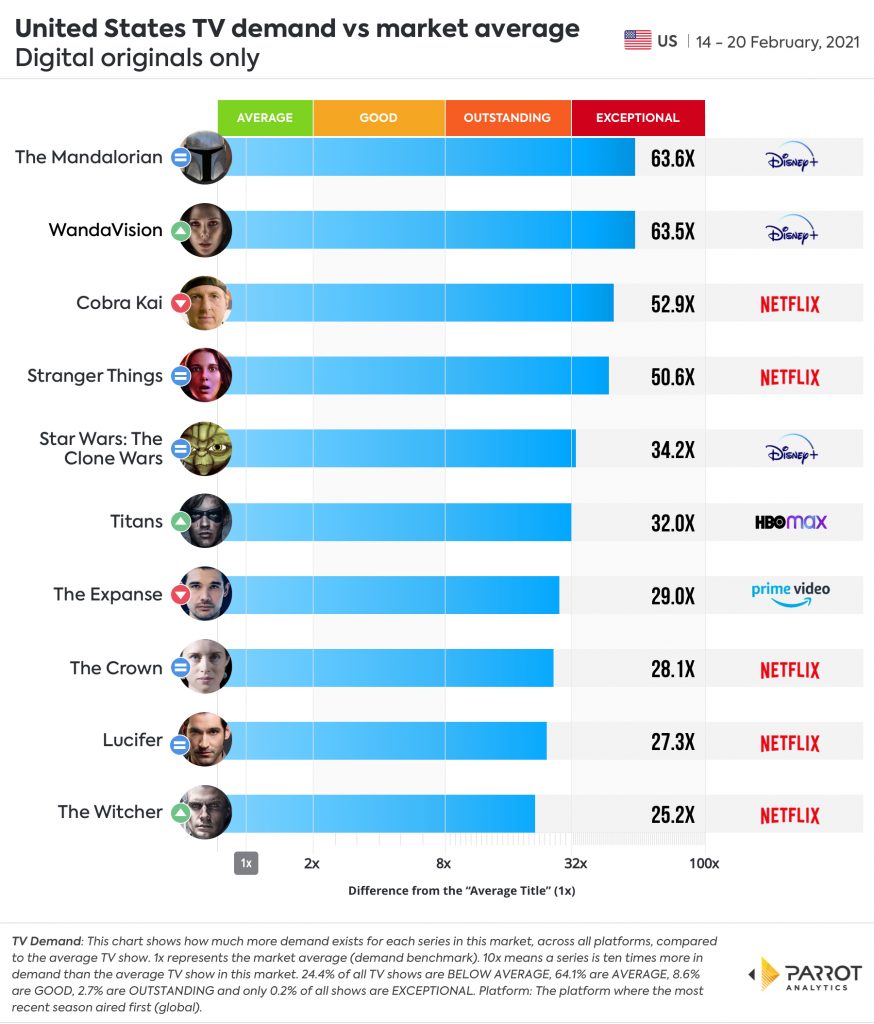