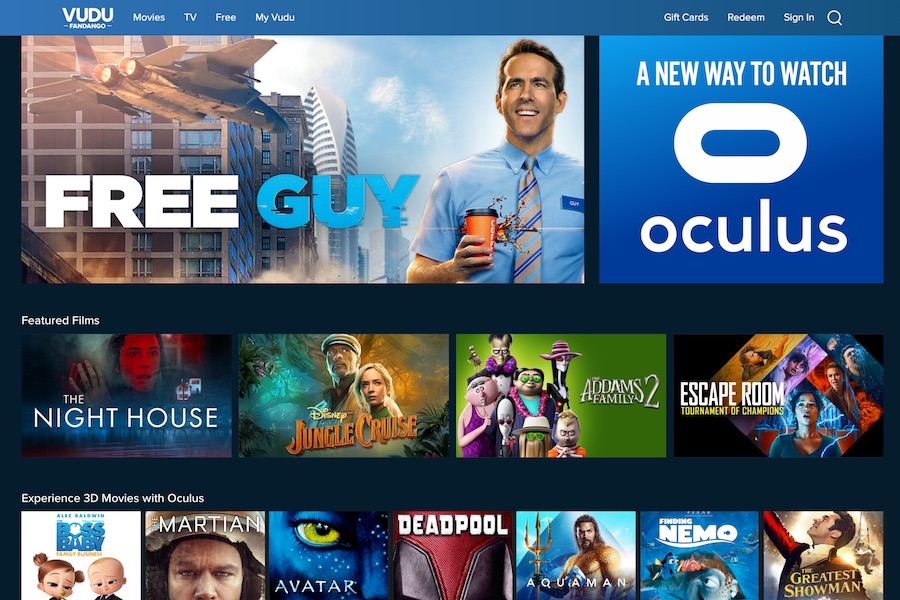 Without leaving their Oculus VR headsets, viewers through the Vudu app can immerse themselves in content such as the Ryan Reynolds film Free Guy, available to rent on Vudu starting Oct. 12 at $5.99, as well as Jungle Cruise, The Addams Family 2, F9: The Fast Saga and Marvel Studios’ Black Widow. Hundreds of 3D movies are also available to watch on Quest 2 devices, including The Boss Baby: Family Business, Venom, Guardians of the Galaxy, Ready Player One, Mad Max: Fury Road and Jurassic World.

“We’re excited that Vudu will now serve as the official movie and TV store on Oculus,” Fandango chief commercial officer Kevin Shepela said in a statement. “Fandango’s mission is to usher fans to the most moving entertainment experiences and we’re certainly able to deliver that promise with the new Vudu app on Oculus. We’re thrilled to be working with Oculus to help transport fans to new worlds in the most immersive formats available.”