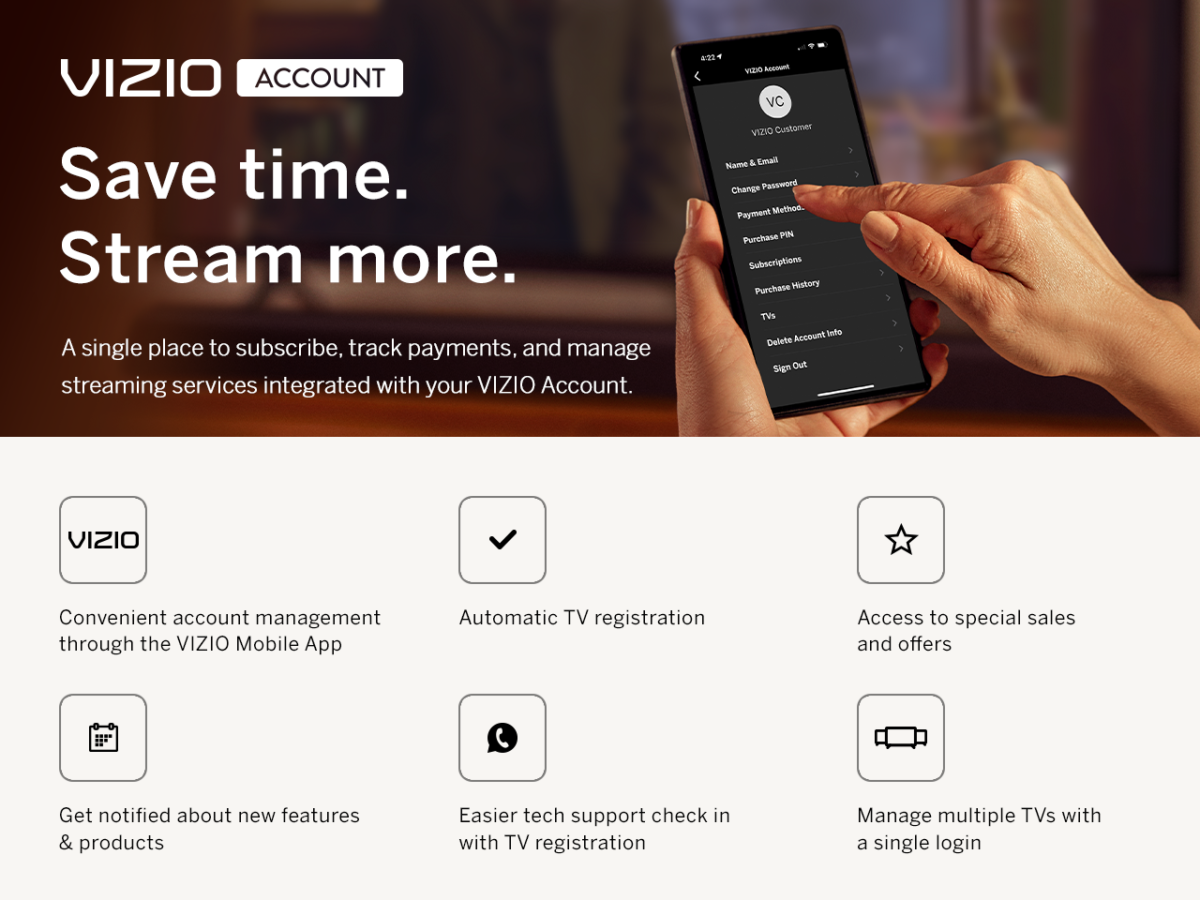 Vizio Aug. 9 announced that its payment and subscription management solution, Vizio Account, now allows smart-TV users to subscribe to third-party streaming services such as Discovery+ and Starz all in one place. Following a one-time log-in, users can subscribe to new services and consolidate subscriptions.

SmartCast TV owners can enter profile and payment information into a secure platform to create an account. Features include a single place to subscribe, track payments, and manage streaming services on the platform and branded app.

“The launch of Vizio Account lays an important foundation for streamlining payment and subscriptions on our platform,” Mike O’Donnell, Chief Revenue and Strategy Officer at Vizio, said in a statement. “Vizio Account will provide consumers with more choice and greater control over their entertainment investments while giving our partners a dynamic marketplace for delivering offers.”