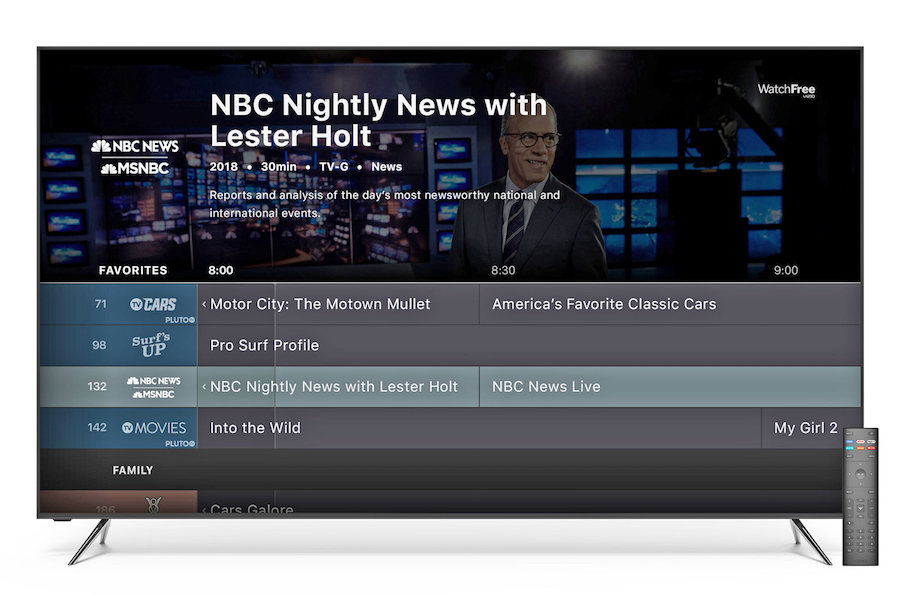 Vizio has announced the rollout of a new streaming service, WatchFree.

“Powering Vizio’s WatchFree service is a pivotal next step in our goal to deliver free, premium entertainment to as many consumers as possible,” said Tom Ryan, Pluto TV co-founder and CEO, in a statement. “From hit TV shows to blockbuster movies, news, sports, lifestyle and more, WatchFree is a gamechanger for cord-cutting enthusiasts.”