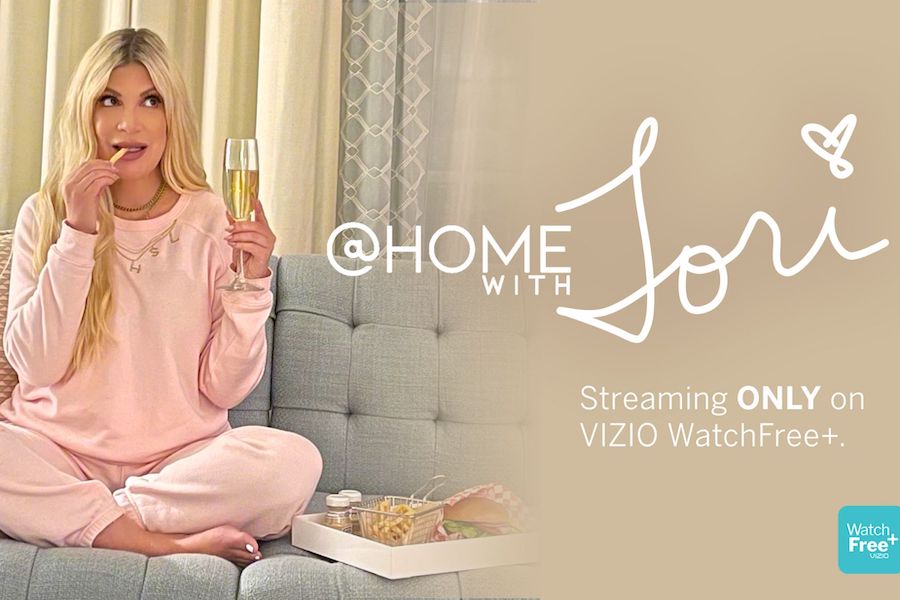 Vizio June 9 unveiled the exclusive premiere of the new lifestyle series “@Home With Tori,” sponsored by a collection of household name brands.

This new Vizio Features offering brings viewers into the home life of Spelling as she navigates all the joys and challenges of being a mother of five, a producer, actor and celebrity with fans across the globe. The 30-minute episodes will feature a variety of special celebrity guests and surprises.

“I love what we’ve created for Vizio audiences with ‘@Home With Tori,’ and I can’t wait to welcome them into my home for a peek into the fun, chaotic and memorable experiences with my family and friends,” Spelling said in a statement. “This season promises to be full of flavor and flair that will add a little spice to your everyday life.”

This Vizio Features exclusive premiere on WatchFree+  is the latest in a partnership initiative with content studios that gives Vizio viewers early access to unique programming while also providing brands with exclusive advertising opportunities, according toVizio. “@Home With Tori” includes branded content integrations from Mattel, Hilton and Party City, and will provide advertisers with a broad range of advertising opportunities, from co-branded homescreen promotions to episodic title sponsorships and more, according to Vizio.

WatchFree+ is Vizio’s free streaming service with more than 250 premium channels and 5,000 on demand movies and shows spanning 13 content genres, from news, movies and sports to kids and family, music and reality.

Known for her iconic role in the series “Beverly Hills 90210,” Spelling co-hosts “Messyness” on MTV and the 90210MG podcast on iHeart Radio with Jennie Garth. She was the co-creator and executive producer for the “Beverly Hills 90210” reboot “BH90210” on Fox and appeared in the scripted BET+ series “Bigger.”

In collaboration with Vizio, “@Home With Tori” is the first original production from MyTime Movie Network, a female-focused network of channels that’s available in 19 countries and six languages and is produced by Jacob Nasser, who most recently produced “Second Chance at Love” for Hallmark and “Twice Bitten” for BET+.