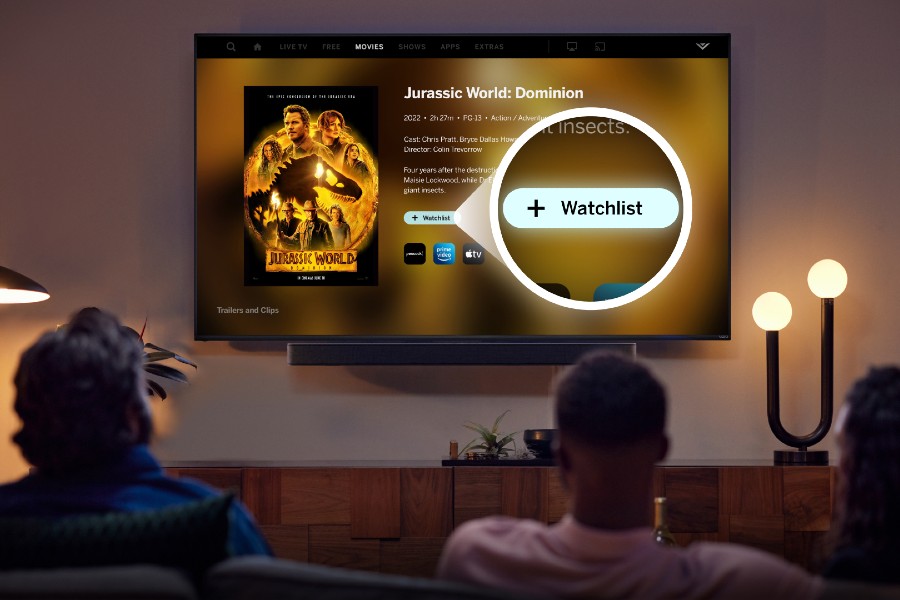 Vizio Oct. 25 launched “My Watchlist,” a new feature that allows viewers using Vizio smart televisions the ability to add their favorite TV shows and movies from different streaming services into one central location. Once a show or movie is added, a dedicated My Watchlist row will appear on the SmartCast Home Screen. When ready to begin viewing, the user simply selects the preferred title and is immediately launched into the service.

“The user is at the center of everything we do at Vizio, and we recognize that our users want the ability to easily find the content that matters most to them,” Steve Yum, VP of product management, said in a statement.

Vizio has also upgraded its content recommendation software, now based on the applications and genres the user engages with most. Users will see recommended titles for the streaming services accessed most — helping them get the most out of their SVOD services. For example, if a user views Apple TV+ frequently, they may see an Apple TV+ row and a list of show and movies recommendations for that service.

Also new to the SmartCast home screen is an additional recommendation type, featuring a row dedicated to the genres of content that users like most. For example, if “Crime” is the user’s favorite genre to watch, the user will see a row titled “True Crime” with a list of similar titles.