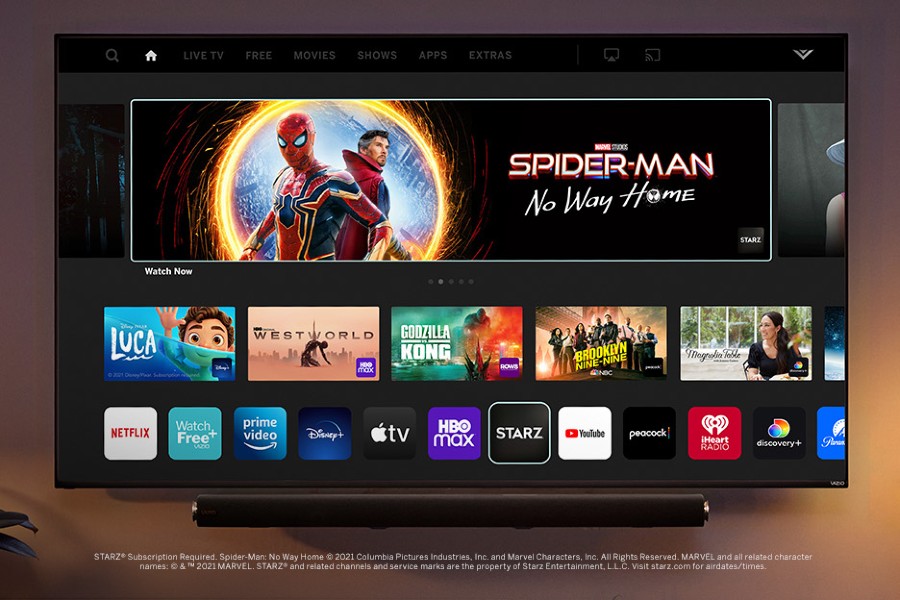 Vizio Aug. 8 announced that the Starz app is now available on Vizio Smart TVs. Subscribers can now access original series and a library of on-demand movies, including drama, comedy, western, and family, sci-fi, action and documentaries, among others. Starz original series “Power,” “Outlander” and “P-Valley,” as well as box office hits Spider-Man: No Way Home, Ghostbusters: Afterlife, Venom: Let There Be Carnage and Thor: The Dark World, among others.

“The addition of Starz marks another significant advancement in our commitment to provide our users with access to the programming they love and endless entertainment options for millions of users who begin their entertainment journey with Vizio,” Katherine Pond, group VP of platform content and partnerships at Vizio, said in a statement.

“From our robust slate of original series dedicated to amplifying narratives by, about and for women and underrepresented audiences, and our library that features some of the biggest movies, Starz is delighted to bring our award-winning programming to the Vizio platform,” added Alison Hoffman, president of domestic networks at Starz.