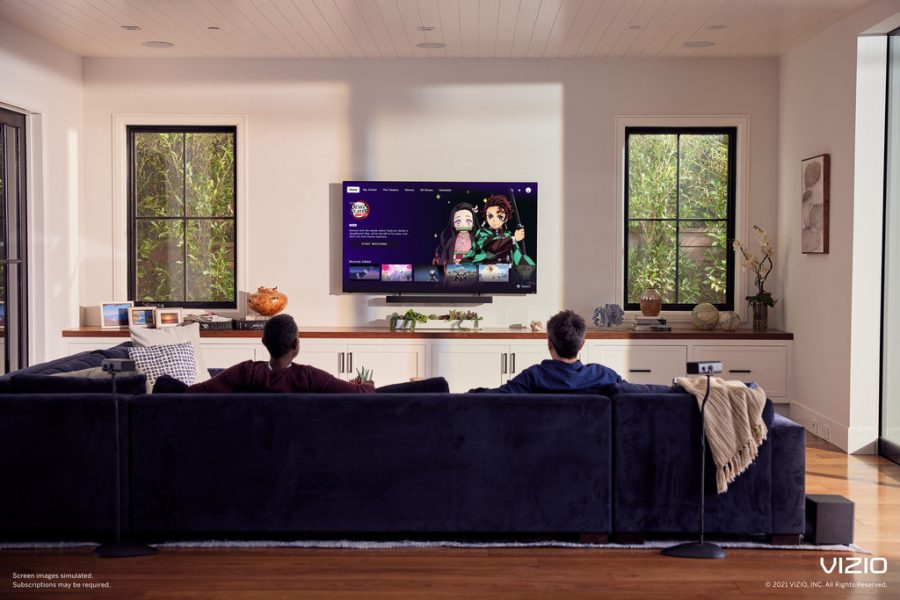 Vizio July 7 announced that the Funimation app will soon be available on its connected SmartCast platform. The app features access to more than 13,000 hours of anime episodes, movies, extras and top trending shows from Japan, including My Hero Academia, Demon Slayer: Kimetsu no Yaiba, Fruits Basket, Black Clover and Attack on Titan, all on-demand, either subtitled and/or dubbed.

The $5.99/$7.99 (premium) monthly streaming service also includes fan-favorites and anime classics like Cowboy Bebop, Fullmetal Alchemist: Brotherhood and One Piece. Funimation just released its summer slate with more than 20 new and returning series as well as the global hit, Demon Slayer: Mugen Train, which arrived on the service last month after being in theaters this spring.

“Our partnership with Vizio now completes Funimation’s availability on all major distribution platforms and truly lets us be where every fan is,” Kaliel Roberts, chief product officer at Funimation Global Group, said in a statement. “Whether or not it’s text-to-speech navigation, search capabilities or curated recommendations, the custom-built Funimation user experience for anime fans on Vizio will be amazing.”

By pairing a Vizio SmartCast TV with one of Irvine, Calif.-based company’s sound bars, Funimation streamers will not only see every HD detail, but can experience a fully immersive sound with Dolby Atmos and DTS:X floor-to-ceiling sound.