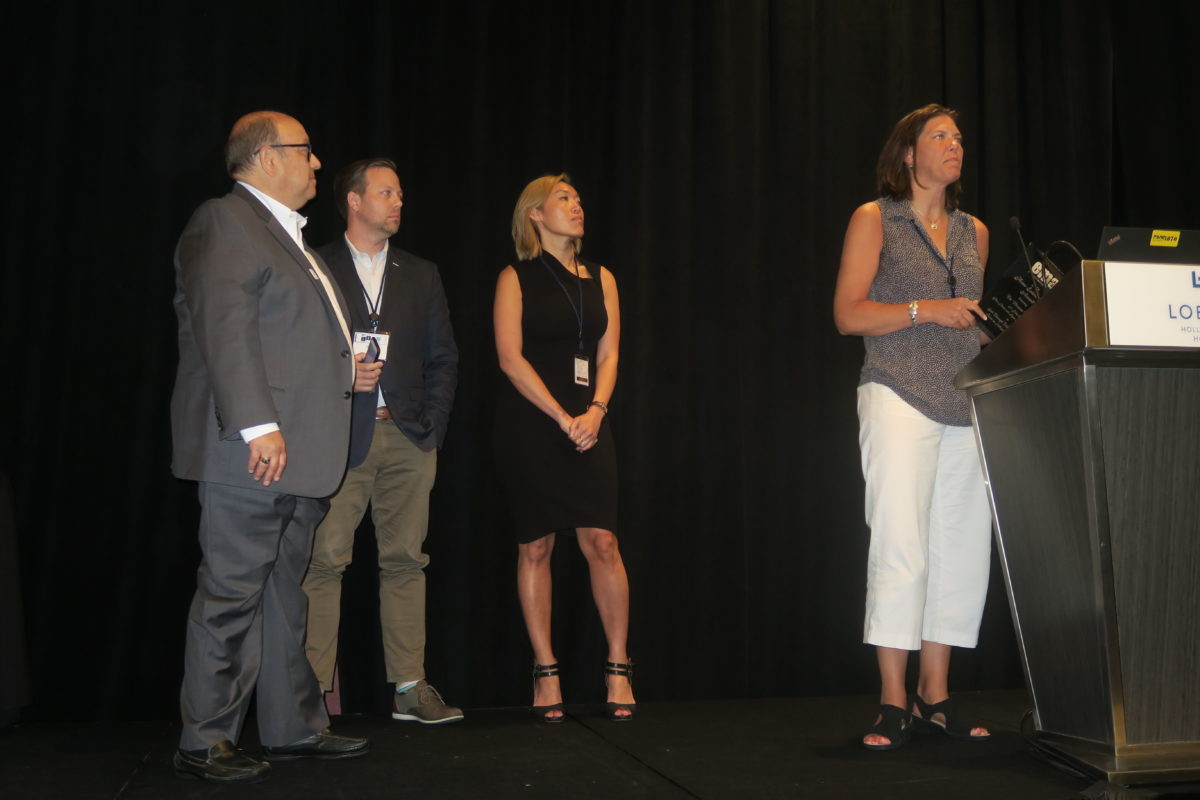 PBS Distribution's Andrea Downing accepts one of two awards for "The Vietnam War: A Film by Ken Burns and Lynn Novick" at the 2018 Independent Studio Home Entertainment Awards from EMA president and CEO Mark Fisher (left) and presenters Matt Hill from Amazon, the EMA's new treasurer, and Suyin Lim of PlayStation, the EMA's new vice chair.