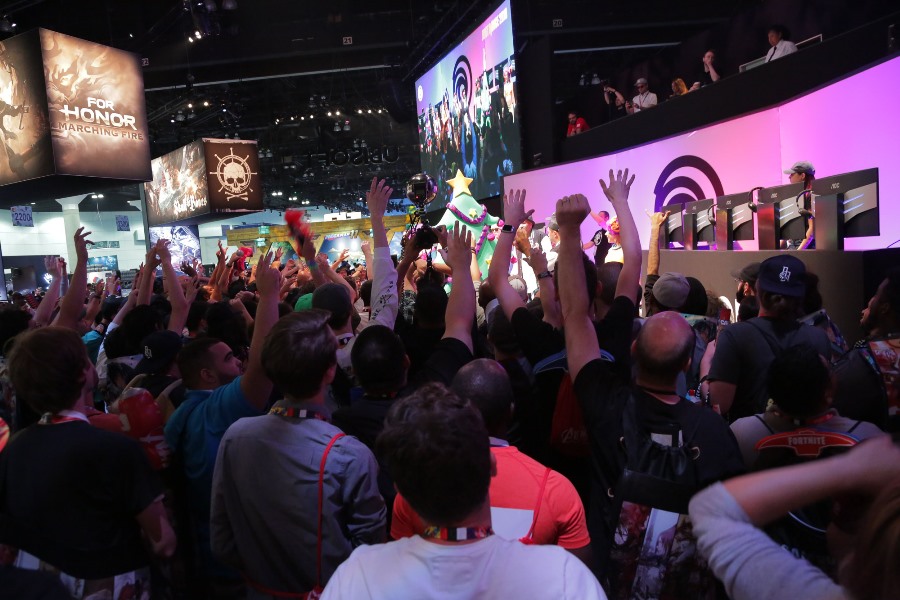 A scene from the 2018 E3, which drew nearly 70,000 attendees (photo courtesy of the Entertainment Software Association)