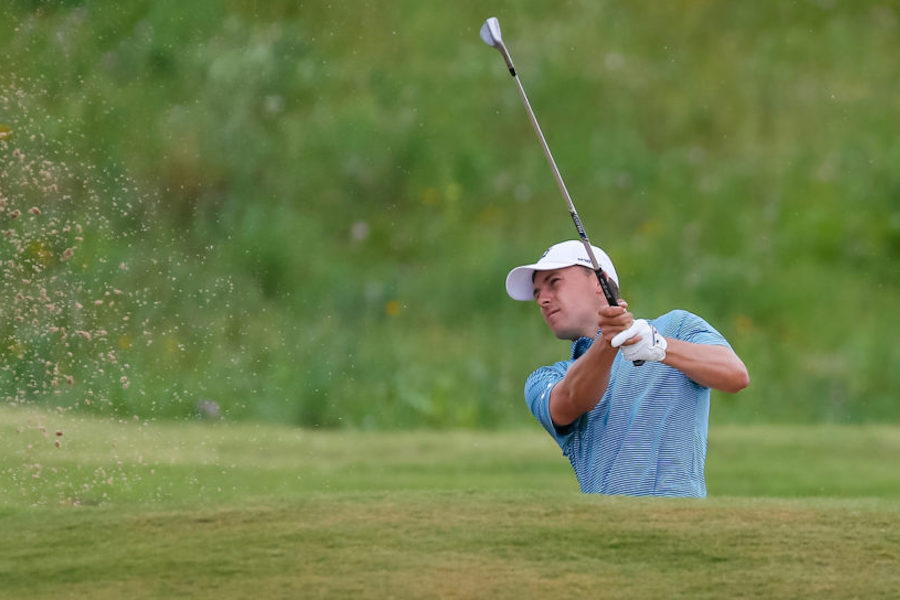 Jordan Spieth plays a shot from a bunker on the third hole during the final round of the AT&T Byron Nelson golf tournament at Trinity Forest Golf Club. (Ray Carlin-USA TODAY Sports)

On the heels of the NCAA canceling the lucrative March Madness men’s and women’s national championship basketball tournaments due to the coronavirus, ViacomCBS took another fiscal hit with the postponement of the Masters golf tournament in Augusta, Ga. CBS has broadcast the live event from the Augusta National Golf Club since 1956.

With major professional, college and high-school sports shutting down events to help thwart the spread of the virus, the PGA Tour had little choice but to cancel existing and pending events.

“Ultimately, the health and well-being of everyone associated with these events and the citizens of the Augusta community led us to this decision,” Fred Ridley, chairman of Augusta National Golf Club, said in a statement. “We hope this postponement puts us in the best position to safely host the Masters Tournament and our amateur events at some later date.”

The Masters, which was scheduled for April 9-12, is the fifth event on the PGA Tour schedule that will not be played in its current spot on the calendar, following the cancellation of the remainder of the Players Championship, Valspar Championship in Palm Harbor, Florida, WGC-Dell Match Play Championship in Austin, Texas, and Valero Texas Open in San Antonio.