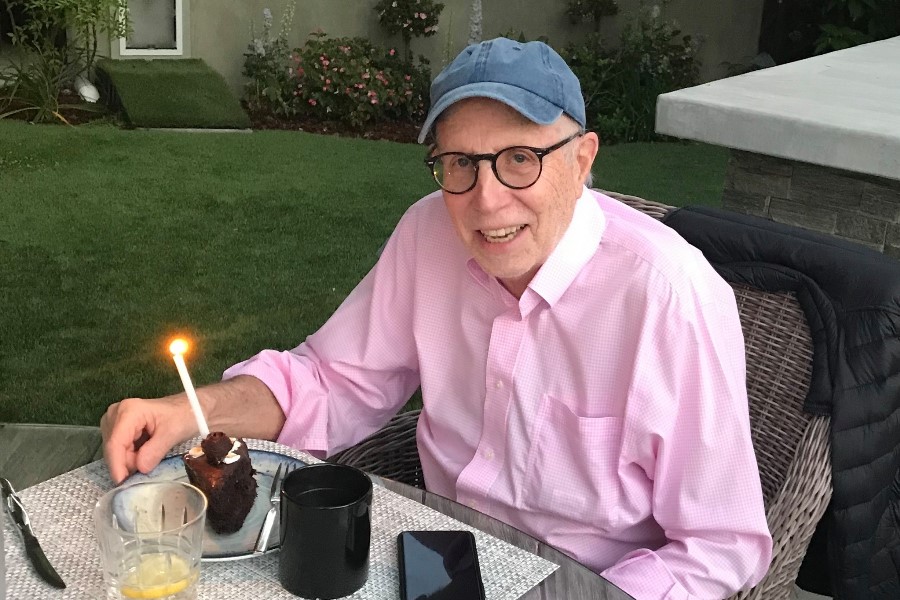 According to an email from Carol, a private graveside burial is planned. In lieu of flowers, donations can be made to the Pancreatic Action Network.

Samrock spent 15 years at Warner Bros. Pictures as a publicity executive, under chairmen Bob Daly and Terry Semel. He joined the company in 1982 as West Coast Publicity Director and eventually built and managed a 16-member staff responsible for publicity duties on some 30 films in production or release annually. He ultimately rose to VP of national publicity.

After leaving Warner theatrical publicity in 1997, Samrock moved to Warner Home Video as a consultant to help then-president Warren Lieberfarb, known as the “father” of DVD, introduce the new format that would revolutionize the home entertainment business model.

“Carl was the penultimate professional whose contributions were vitally important, both to the theatrical and home video industries,” Lieberfarb said. “Carl played a significant role in the launch of DVD, and he will always be remembered and certainly not be forgotten. He also was a true mensch.”

The following year, in 1998, Samrock founded Carl Samrock Public Relations, a boutique firm that focused primarily on publicity and promotion campaigns for major studios’ DVD and Blu-ray Disc releases. For the next nearly two decades, the company handled anniversary home video releases of such tentpole titles as The Wizard of Oz, Casablanca, Gone With the Wind for Warner; Sony Pictures Home Entertainment’s Seinfeld: The Complete Series; and many Disney and DreamWorks Animation classics. In 2017, the firm was acquired by its strategic partner Click Communications.

Samrock was born on June 1, 1941, on the Upper Westside of Manhattan, the son of the late Victor Samrock, a Broadway producer and manager, and the late Hyla Rubin Samrock, a former member of the Doris Humphreys modern dance troupe.

Samrock attended the Little Red School House and Elizabeth Irwin High School and graduated from the Horace Mann School in 1959 and Tufts University in 1965. Soon after college, Samrock worked extensively as a theatrical press agent on shows including Broadway’s “The Subject Was Roses”; “Private Lives” with Maggie Smith; “In Praise of Love” with Rex Harrison and Julie Harris; “A Day in the Life of Joe Egg” with Albert Finney; “I Have a Dream,” starring Billy Dee Williams as Martin Luther King and Off-Broadway’s “You’re A Good Man, Charlie Brown.”

In 1977, Samrock was appointed VP in the New York Office of ICPR Public Relations, a corporate and entertainment publicity firm that worked with major movie studios and independent film producers, movie stars and filmmakers.

From the late 1960s through the mid-’70s, Samrock was a freelance photographer, specializing in entertainment and editorial work, in particular for The New York Times‘ Arts and Leisure section. He made many personality portraits for the paper including Ingrid Bergman, Gregory Peck, Jessica Tandy, Randy Newman, Joan Baez, Robert Altman, Anne Baxter and Christopher Walken. In 1972, his photo coverage of Bella Abzug’s run for Congress accompanied a New York Times Magazine feature on the campaign. In addition to Broadway and off Broadway shows, he provided publicity photos for WNET/13 (the “Great Performance” series, “The Adams Chronicles,” “Theatre in America,” and Monty Python’s 1972 trip to New York City); Warner Bros. Records (Joe Cocker, Gordon Lightfoot, Bob Seeger) and others.

Samrock was involved in community and educational activities over the years. He lectured regularly on publicity at Loyola Marymount University and the University of California, Los Angeles, serving on the latter’s faculty for a brief period. He was president of the Encino Little League for the 1995-96 season. He was a member of the Academy of Motion Picture Arts and Sciences and on the board of directors of the American Society of Magazine Photographers.

(Samrock himself contributed to this obituary prior to his passing.)