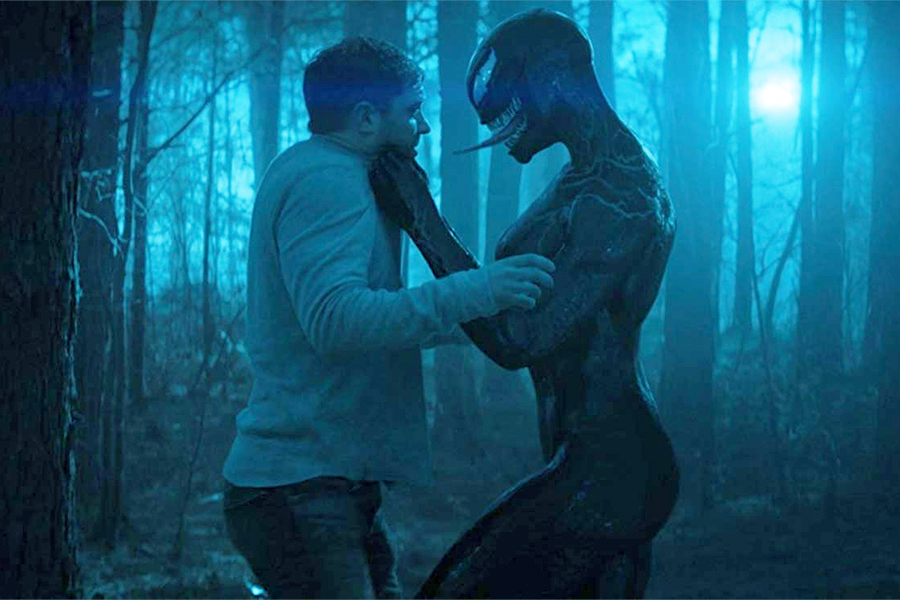 Universal Pictures’ Night School landed at No. 2 for a second week, followed by 20th Century Fox’s Bad Times at the El Royale moving up two spots to No. 3.

The top newcomer came in at No. 4 on the overall chart and No. 7 on the Blu-ray chart: Lionsgate’s Hell Fest, a horror film about a serial killer who attacks the guests at a Halloween-themed amusement park event.

No. 5 on both charts was Universal’s The House With a Clock in Its Walls.

The top six Blu-rays were unchanged from the previous week, with Fox’s The Predator at No. 4 (No .6 overall), and Disney’s Incredibles 2 at No. 6 (No. 7 overall).

Venom is the second title released in 2018 to top the charts for four weeks, after Fox’s Deadpool 2, which was on top for three weeks after its debut in August and returned to No. 1 after Thanksgiving. However, Venom is the first title to top the charts for four consecutive weeks since Warner’s Batman v Superman: Dawn of Justice in the summer of 2016.

On the Media Play News rental chart for the week ended Jan. 13, Night School took No. 1 for a third consecutive week, while Venom was once again No. 2.

House With a Clock in Its Walls was the No. 3 rental, followed by Bad Times at the El Royale at No. 4 and Sony Pictures’ White Boy Rick at No. 5.

Hell Fest debuted at No. 9. Other newcomers on the rental chart include Lionsgate’s The Oath at No. 14 and Mid90s at No. 17.