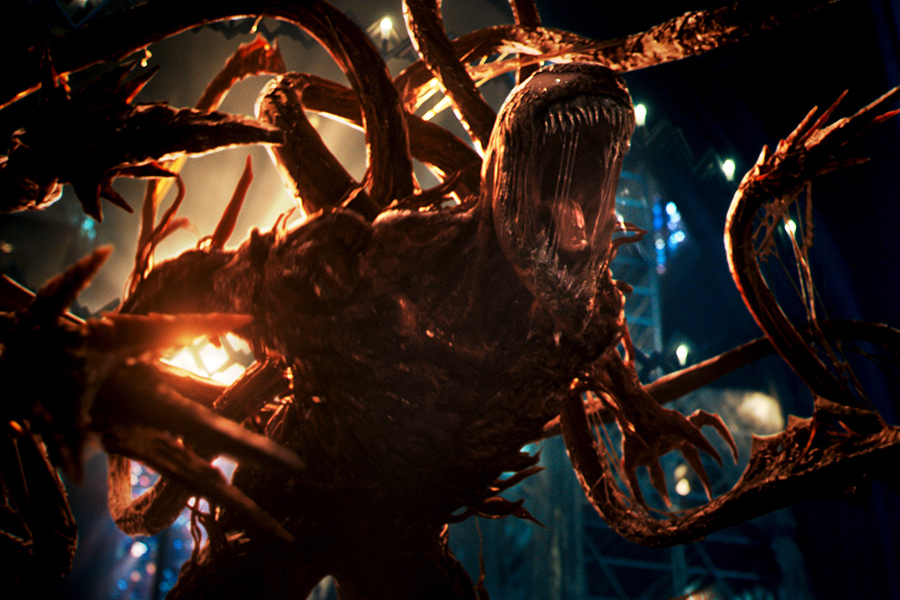 Titles new to Blu-ray Disc and DVD Dec. 14 include Venom: Let There Be Carnage, The Last Duel and The Mitchells vs. the Machines, while Halloween Kills becomes available for digital purchase. 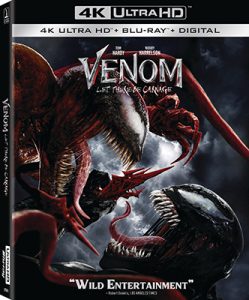 The Marvel Comics superhero film Venom: Let There Be Carnage will be released on 4K UHD, Blu-ray and DVD Dec. 14 from Sony Pictures Home Entertainment. Tom Hardy returns as the lethal protector Venom. In search of his next big story, journalist Eddie Brock (Hardy) lands an exclusive interview with convicted murderer and death row inmate Cletus Kasady (Woody Harrelson), who discovers Eddie’s secret and becomes the host for Carnage, a menacing and terrifying symbiote. Eddie and Venom must get past their contentious relationship to defeat him. Read a review here. 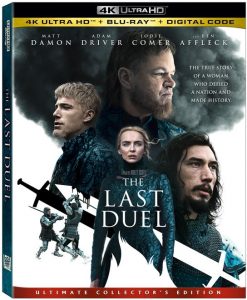 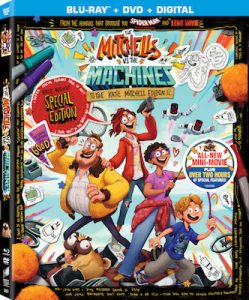 The animated film The Mitchells vs. the Machines arrives digitally and on DVD and Blu-ray Disc Dec. 14 from Sony Pictures Home Entertainment. In the film, an old-school father and his plugged-in, filmmaker daughter struggle to relate as their family embarks on a road trip to her new college. Their drive is interrupted by a machine apocalypse that threatens to tear these unlikely heroes apart unless they can find a way to join forces and save humanity.

The crime thriller The Card Counter arrives on Blu-ray and DVD Dec. 14 from Universal Pictures Home Entertainment. Executive produced by Martin Scorsese and directed by Paul Schrader, the film follows an ex-military interrogator turned gambler who is haunted by the ghosts of his past decisions. The film stars Oscar Isaac, Tiffany Haddish and Tye Sheridan.

The animated film Mosley becomes available on DVD Dec. 14 from Saban Films and Paramount Home Entertainment. Featuring the voices of Lucy Lawless, Rhys Darby, Temuera Morrison and John Rhys-Davies, the family adventure follows a species of creatures known as “thoriphants” who rebel against their life of servitude and embark on a treacherous journey to find the fabled city of Upright. Discovering he belongs to a heroic tribe of two-legged giants, Mosley is determined to prove he is more than just a farm animal.

RLJE Films, a business unit of AMC Networks, releases South of Heaven on Dec. 14 on both DVD and Blu-ray Disc. Directed by Aharon Keshales, the film centers around convicted felon Jimmy (Jason Sudeikis), who gets early parole after serving 12 years in prison for armed robbery. Upon his release he vows to give his girlfriend Annie (Evangeline Lilly), who is dying of cancer, the best last year of her life. But things are never that simple, and when he is given a “side job” from his parole officer (Shea Whigham), it sets off a series of events that leaves Jimmy in the crosshairs of a local crime boss (Mike Colter).

Halloween Kills arrives through digital retailers on Dec. 14 from Universal Pictures. In the film, a sequel to 2018’s Halloween, Jamie Lee Curtis, Judy Greer, Andi Matichak and the entire town of Haddonfield band together to take down the infamous killer Michael Myers. Michael has freed himself from Laurie Strode’s (Curtis) trap to resume his ritual bloodbath. As Laurie fights for her life from injuries from her last encounter with Michael, she inspires her daughter Karen (Greer), granddaughter Allyson (Matichak), and all of Haddonfield to rise up against their unstoppable monster. The vigilante mob then sets out to hunt Michael down, once and for all. The Universal Pictures Home Entertainment release of Halloween Kills features the original theatrical release, an extended cut with an alternate ending, and exclusive bonus content that includes extended and deleted scenes, a behind-the-scenes look at creating the film, a gag reel and several short documentaries. It arrives on 4K Ultra HD Blu-ray, Blu-ray Disc and DVD Jan. 11, 2022.

The family film Clifford the Big Red Dog becomes available to purchase on digital Dec. 14 from Paramount Home Entertainment. In the film based on the book series, when Emily discovers her little red puppy named Clifford has grown 10 feet overnight, she turns to her eccentric Uncle Casey for help. But when a mad scientist tries to capture the larger-than-life pup, it takes the entire neighborhood to hide Clifford as they race across the city. It becomes on Blu-ray and DVD Feb. 1.