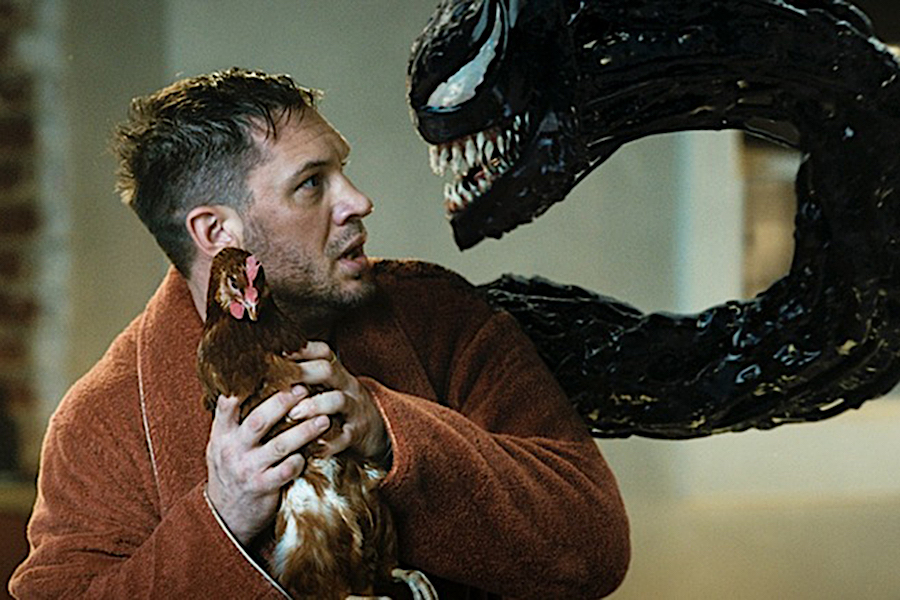 Sony Pictures’ Venom: Let There Be Carnage debuted at No. 1 on both the Redbox disc rental chart and the Redbox On Demand chart the week ended Dec. 19.

The film, based on the character from Marvel’s Spider-Man comics, an alien symbiote who possesses a photographer named Eddie Brock (Tom Hardy), earned $212.5 million at the domestic box office and arrived on DVD and Blu-ray just before the theatrical release of Spider-Man: No Way Home. The sequel to 2018’s Venom finds Eddie and Venom battling a death row killer (Woody Harrelson) who becomes possessed by a symbiote named Carnage.

No. 2 on the Redbox disc rental chart, which tracks DVD and Blu-ray Disc rentals at Redbox’s more than 40,000 red kiosks, was Lionsgate’s Dangerous, a thriller with Scott Eastwood as an ex-con who violates his parole to investigate how his brother died. The cast also includes Mel Gibson, Famke Janssen, Kevin Durand and Tyrese Gibson.

Down a spot from the previous week, to No. 3, was Warner’s Cry Macho, directed by and starring Clint Eastwood as an aging former rodeo star and washed-up horse breeder in 1979 who takes a job from an ex-boss (Dwight Yoakam) to bring the man’s young son home from Mexico.

The previous week’s top rental, Disney-owned Marvel Studios’ Shang-Chi and the Legend of the Ten Rings, dropped to No. 4.

Universal Pictures’ actioner Copshop dropped to No. 5 on the disc rental chart and was No. 7 on the Redbox On Demand chart after topping the digital chart the previous week.

The Redbox On Demand chart, which tracks digital VOD and sellthrough transactions, saw Universal’s 2000 live-action How the Grinch Stole Christmas rise a spot to No. 2, and the same studio’s 2018 animated The Grinch climb to No. 3.

The No. 4 digital title was Sony Pictures’ Spider-Man: Far From Home, getting a boost from its aforementioned sequel’s theatrical release.

Rounding out the top five Redbox On Demand titles was Disney-owned 20th Century Studios’ The Last Duel, a drama from Ridley Scott about the last sanctioned duel in France in the 14th century.