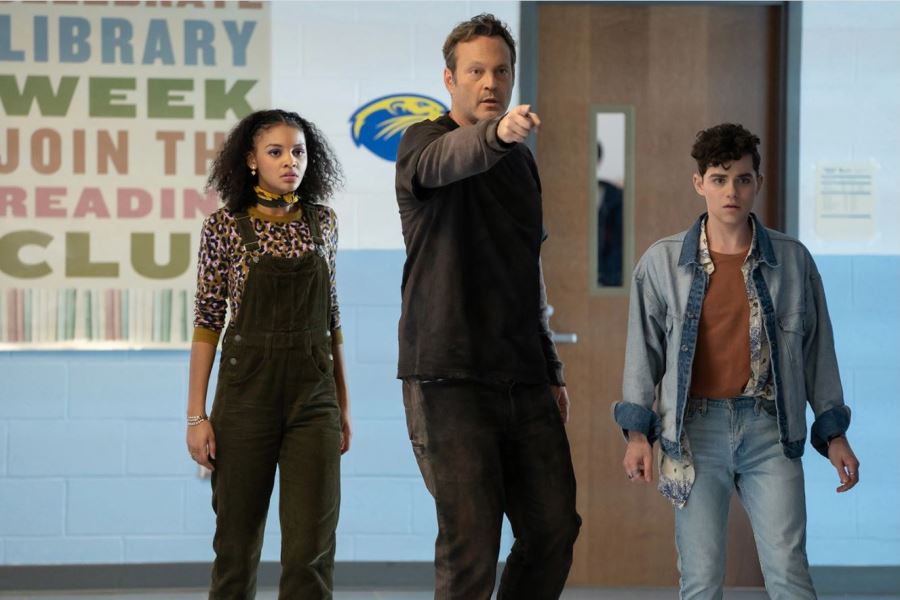 Universal Pictures is reportedly set to release the low-budget horror movie Freaky and the sequel The Croods: A New Age on premium VOD less than 30 days after their theatrical bow.

Freaky, the Happy Death Day spinoff starring Vince Vaughn, will debut in theaters Nov. 13, followed by a PVOD release 21 days later. The Croods hits theaters Dec. 4, and will be available for home viewing on PVOD 28 days later. Universal and AMC Theatres share in the PVOD revenue.

Universal and AMC made headlines earlier this year when they agreed to cut the theatrical window to 17 days (with a minimum of three weekends) for select new studio releases that are slated for PVOD release subsequent to their theatrical openings.

Universal revived PVOD earlier this year after theaters were shuttered in mid-March due to the COVID-19 pandemic. A month later the studio claimed the animated DreamWorks theatrical release Trolls World Tour had generated $100 million in PVOD revenue. That revelation led other studios, including box office stalwart Disney, to try PVOD. Disney on Sept. 4 made actioner Mulan available exclusively to Disney+ at a $29.99 purchase price.

AMC, which had long fought against PVOD and shortening the theatrical window, changed its mind over the summer as the bulk of its screens remained shuttered due to the coronavirus pandemic. Now the chain says it will run out of cash despite operating 86% of its domestic screens, albeit with reduced seating capacities.

“There’s no question that theatrical will some day [again] be a central element to our business and film business, it’s how people make their movies and how they expect their movies to be seen,” Jeff Shell, CEO of NBCUniversal said earlier this year. “But the flip side is the majority of our movies, whether we like it or not, are being consumed at home, it’s not realistic to assume that we’re not going to change, that this part of the business isn’t going to change like all parts of the business are going to change.”