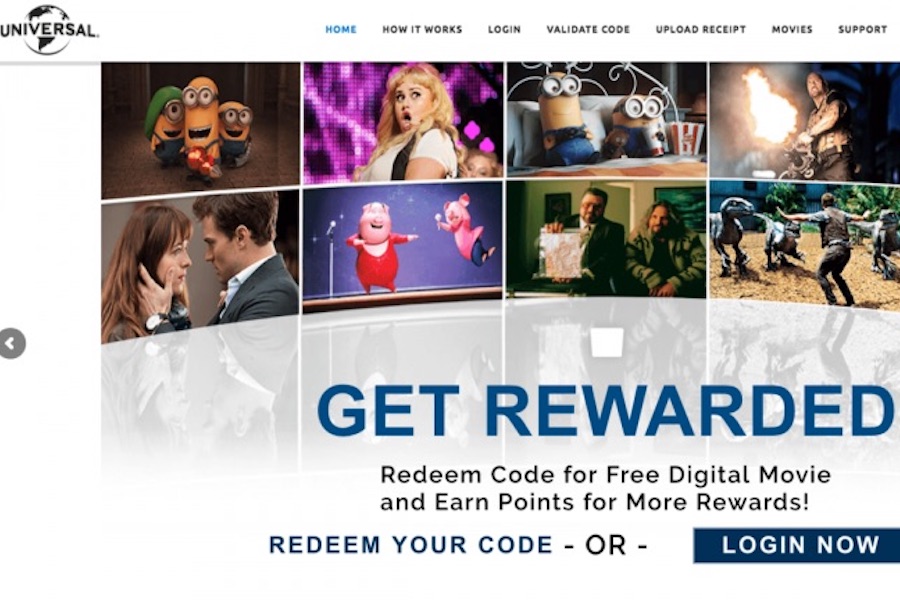 Universal Pictures Home Entertainment has begun informing consumers about an upgrade to its UPHE Rewards  (upherewards.com) program — including a name change — coming June 1.

The platform will now be called the all-new Universal Pictures All-Access Rewards program. The website enables consumers of Universal DVD, Blu-ray Disc and digital releases to accumulate points for promotional items and discounts. Users can also enter a movie digital code included in packaging and receive free access to another select studio title.

Notably, the email said registered members must use all their “activity points” by entering the Amex gift card sweepstakes by May 31. Any unused points will expire at midnight (PT) May 31.

“Our all-new Universal Pictures All-Access Rewards program is something to get excited about,” read the email. “We’ll be sending you more information about it soon!”