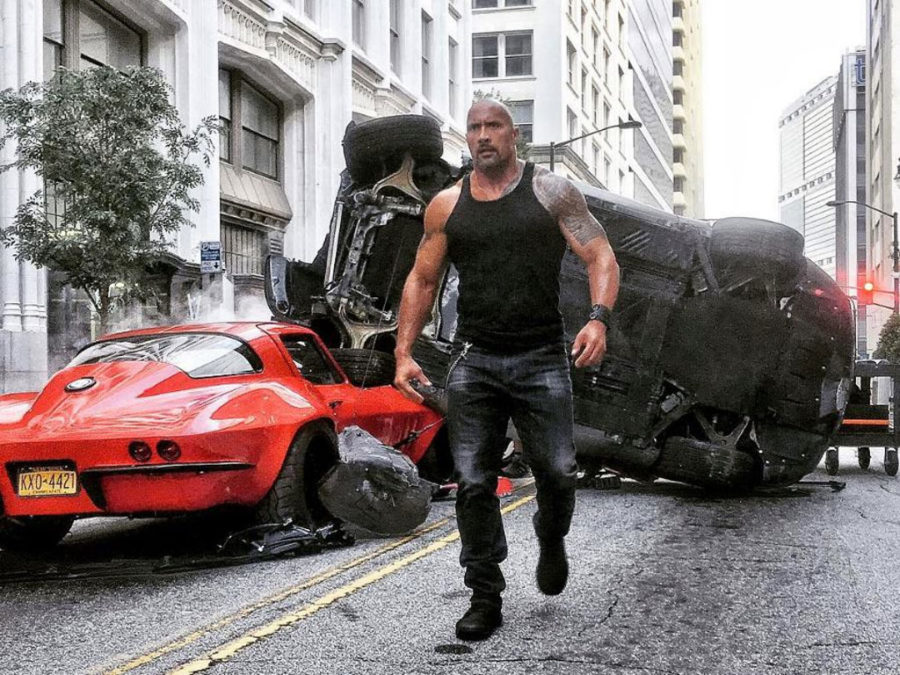 Dwayne Johnson in "The Fate of the Furious"