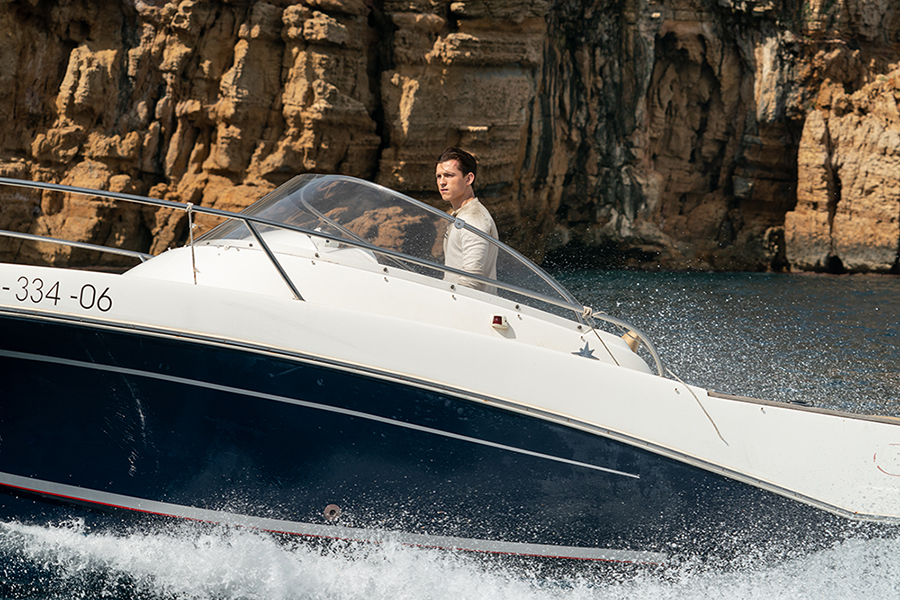 The film, an adaptation of the popular video game series of the same name, stars Tom Holland and Mark Wahlberg as treasure hunters seeking the lost gold of Ferdinand Magellan’s expedition. It earned $147.8 million at the domestic box office.

No. 2 on both charts was another Sony Pictures-distributed title, the Marvel Studios co-production Spider-Man: No Way Home, in its sixth week on shelves.

MGM’s Dog, distributed on disc by Warner Bros. Home Entertainment, slipped to No. 3 on the overall disc chart and No. 5 on the Blu-ray Disc chart. The film stars Channing Tatum as an Army Ranger tasked with transporting a military dog to its commander’s funeral.

Three newcomers landed in the top 10 in their debut week.

No. 4 on both charts was Paramount’s sci-fi actioner Infinite. Starring Mark Wahlberg and Chiwetel Ejiofor and directed by Antoine Fuqua, the film is based on the book The Reincarnationist Papers by D. Eric Maikranz. Originally premiering as a Paramount+ streaming original, Infinite follows characters who must use memories and skills from past lives to protect the future of humanity in a race against time in the fight between good and evil.

The no. 5 overall disc seller, and No. 3 on the Blu-ray Disc chart, was GKIDS’ Shout! Factory-distributed Belle, the critically hailed anime film from Academy Award-nominated director Mamoru Hosoda. A heartfelt story of growing up in the era of social media, Belle earned $4 million at the domestic box office.

No. 9 on the overall chart and No. 6 on the Blu-ray Disc chart was MGM’s Oscar-nominated Licorice Pizza, distributed on disc by Universal Pictures Home Entertainment. From multi-Oscar nominated director, writer, producer and cinematographer Paul Thomas Anderson (Boogie Nights, Phantom Thread), the film was nominated for three Academy Awards, including Best Picture. It stars Alana Haim, Cooper Hoffman, Sean Penn, Tom Waits, Bradley Cooper and Benny Safdie. It’s the story of Alana Kane (Haim) and Gary Valentine (Hoffman) growing up, running around and falling in love in the San Fernando Valley in 1973. Licorice Pizza earned $17.3 million at the domestic box office.

The Media Play News rental chart the week ended May 22 had Uncharted at No. 1 and Dog at No. 2 for a second week.

Infinite debuted as the No. 3 rental. Spider-Man: No Way Home dropped to No. 3 and the Universal’s Liam Neeson actioner Blacklight slid to No. 5.