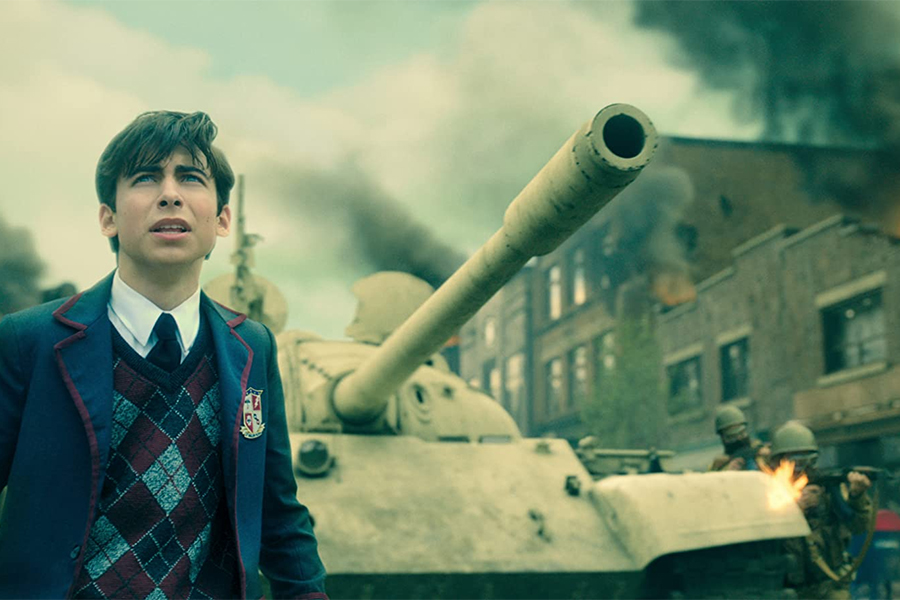 Netflix’s “The Umbrella Academy” remained No. 1 on Parrot Analytics’ digital originals rankings the week ended Sept. 5. In its fifth consecutive week as the top digital original, however, the series had a 15.9% drop in demand expressions, the proprietary metric Parrot uses to gauge a show’s popularity. The series had 69.9 times the demand of the average series.

“Cobra Kai,” the “Karate Kid” spinoff that was formerly a YouTube Premium original series, moved up seven spots to No. 2 with the show being rediscovered by audiences after its first two seasons became available on Netflix Aug. 28. Expressions were up 88.2%, pushing demand to 56.8 times the average series. Netflix will also have the third season in 2021.

Netflix’s “Lucifer,” based on a character from DC Comics’ “The Sandman,” slid a spot to No. 3, with expressions down 18.1% to give the show 54.7 times average demand.

Also dropping a spot, but giving Netflix the top four shows on the digital originals chart, was “Stranger Things,” which had 53.3 times the demand of the average series, while the show dropped 11% in demand expressions.

The Disney+ live-action “Star Wars” series “The Mandalorian” dropped to No. 5. It had 46.9 times the demand of the average show, with expressions down 3.2%.

Returning to the top 10, moving up five spots to No. 8, was Amazon Prime Video’s “The Boys,” which debuted the first three episodes of its second season Sept. 4. Expressions were up 24.2% to push demand to 30.8 times the average series. With new episodes available each week for the next month, “The Boys” will likely continue to climb up the digital originals chart.

The No. 1 overall TV series was “SpongeBob SquarePants,” with 93.9 times average demand. “Umbrella Academy” was No. 3 on the overall TV list. 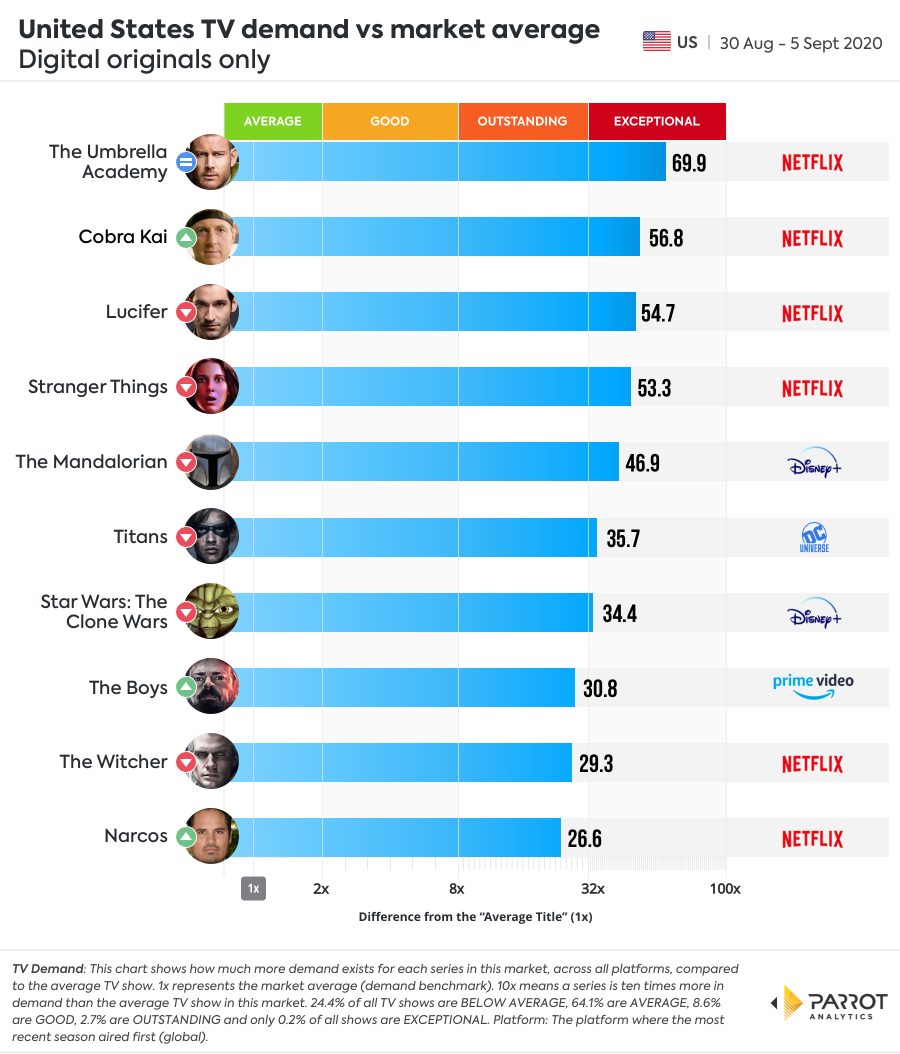