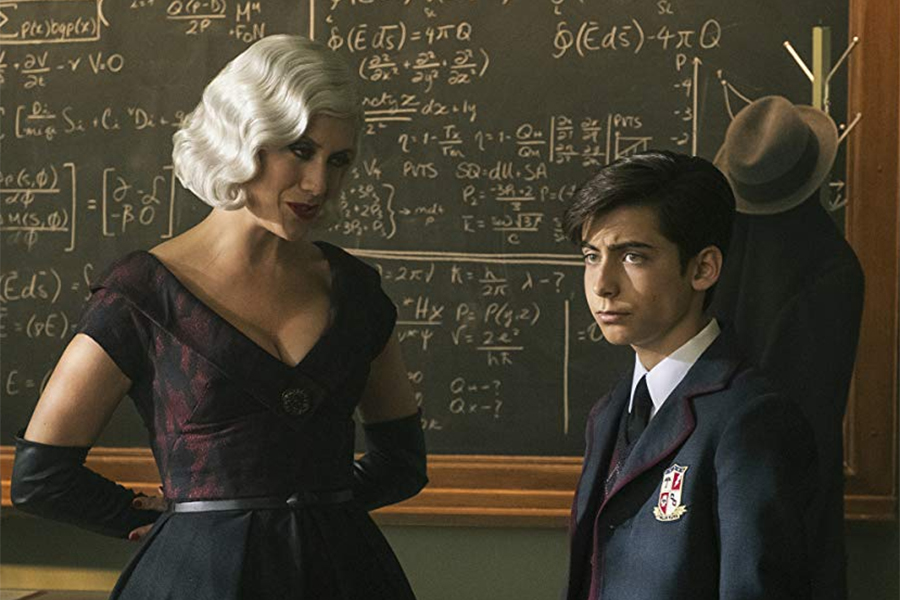 Netflix’s “The Umbrella Academy” remains the most popular digital original series according to Parrot Analytics’ Demand Expressions chart for the week ended March 16, its fourth straight week in the top spot.

Demand for “Umbrella Academy” grew another 7.3% from the previous week, up to 53.3 million average daily Demand Expressions, the proprietary metric used by Parrot Analytics to measure global demand for TV content.

The digital originals top five were the same shows from the previous week, but in a different order.

Elsewhere on the chart, Netflix’s coming-of-age dramedy “On My Block” jumped to No. 7 on the chart with 21.5 million expressions, a 50.2% increase that coincides with its March 16 debut. It had been No. 18 the previous week.

“One Day at a Time,” which was canceled by Netflix March 14 after three seasons, was up a spot to No. 9 on the chart with 19.4 million expressions, an 11.1% increase over the previous week. 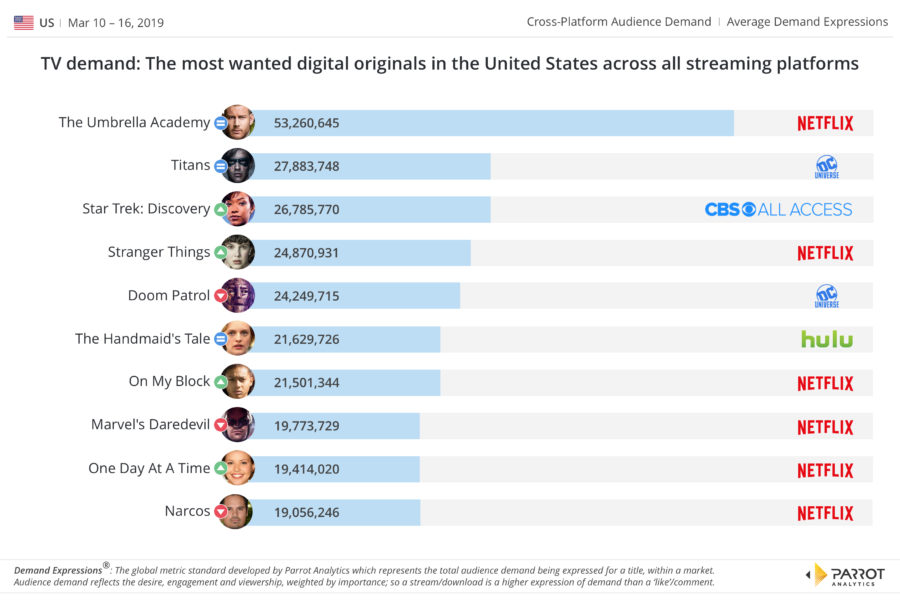